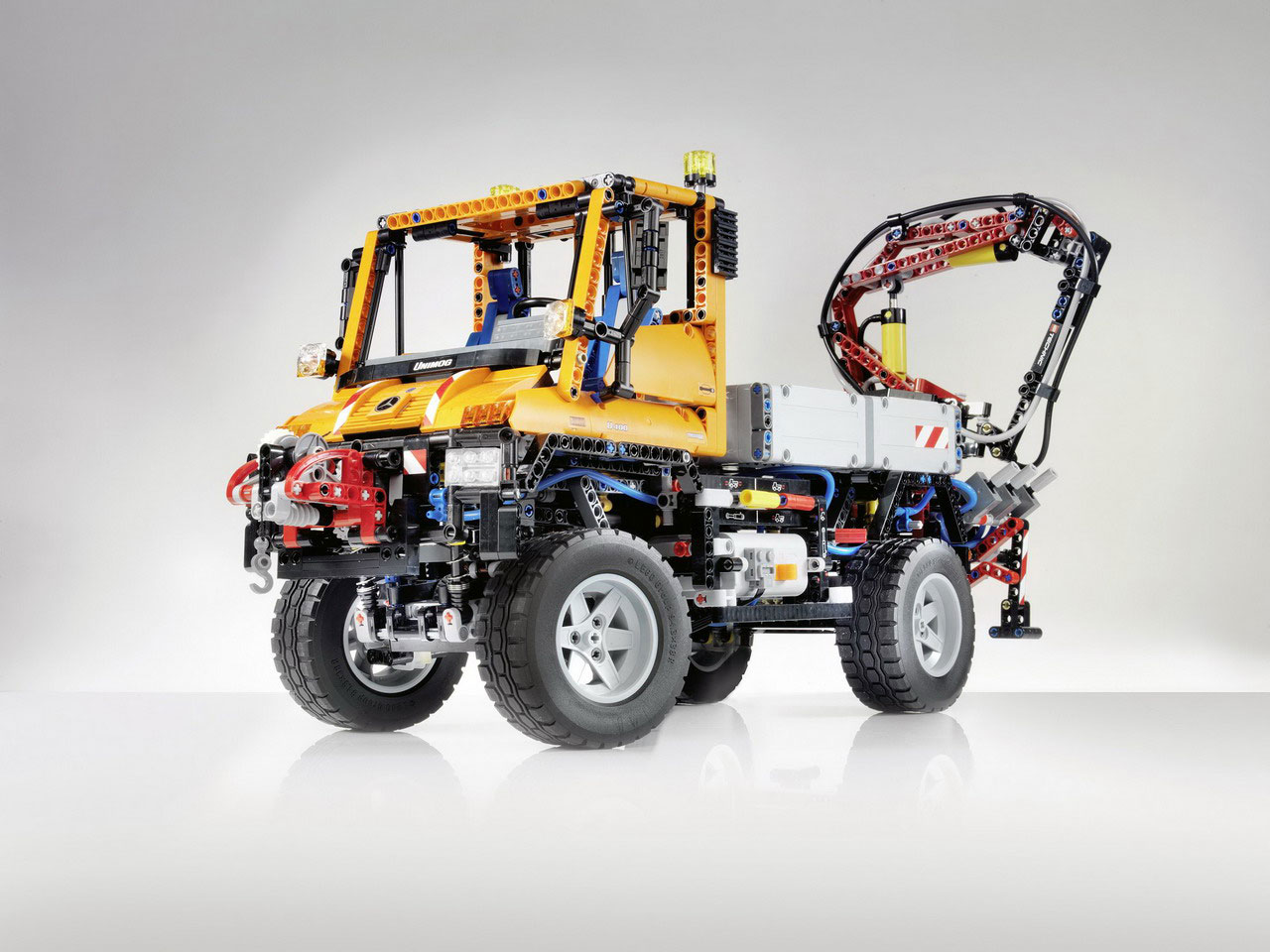 Built at the request of German automaker Daimler, the model replicates one of the manufacturer’s oldest brands, the not-so-famous but at times extremely exciting Unimog. This top LEGO model comes just at the right time for the two big jubilees that the Unimog is celebrating at the moment: 60 years ago, on 3 June 1951 to be exact, the first Mercedes-Benz Unimog was created in Gaggenau and in December 2010 the 10,000th Unimog from product range U300 / U400 / U500 rolled off the band at the Mercedes-Benz plant in Wörth.

The Unomig model chosen for the creation of the technical model is a U 400, one of the most versatile of the entire range (it is used for anything from pushing snow to constructing new roads). The LEGO model, says the toy maker, is an exact adaptation of the original, down to the smallest details, but what’s even more important for the boys in all the grown men is that it reproduces all the Unimog real functions in LEGO format. The so-called ” Power Functions ” run the pump of a pneumatically operated crane with a gripper arm that can rotate almost 360 degrees. With its gripper and the front winch, the Unimog can move any load out of the way. In addition it also has a serviceable control system and an engine which is accurate in every detail right down to the pistons.