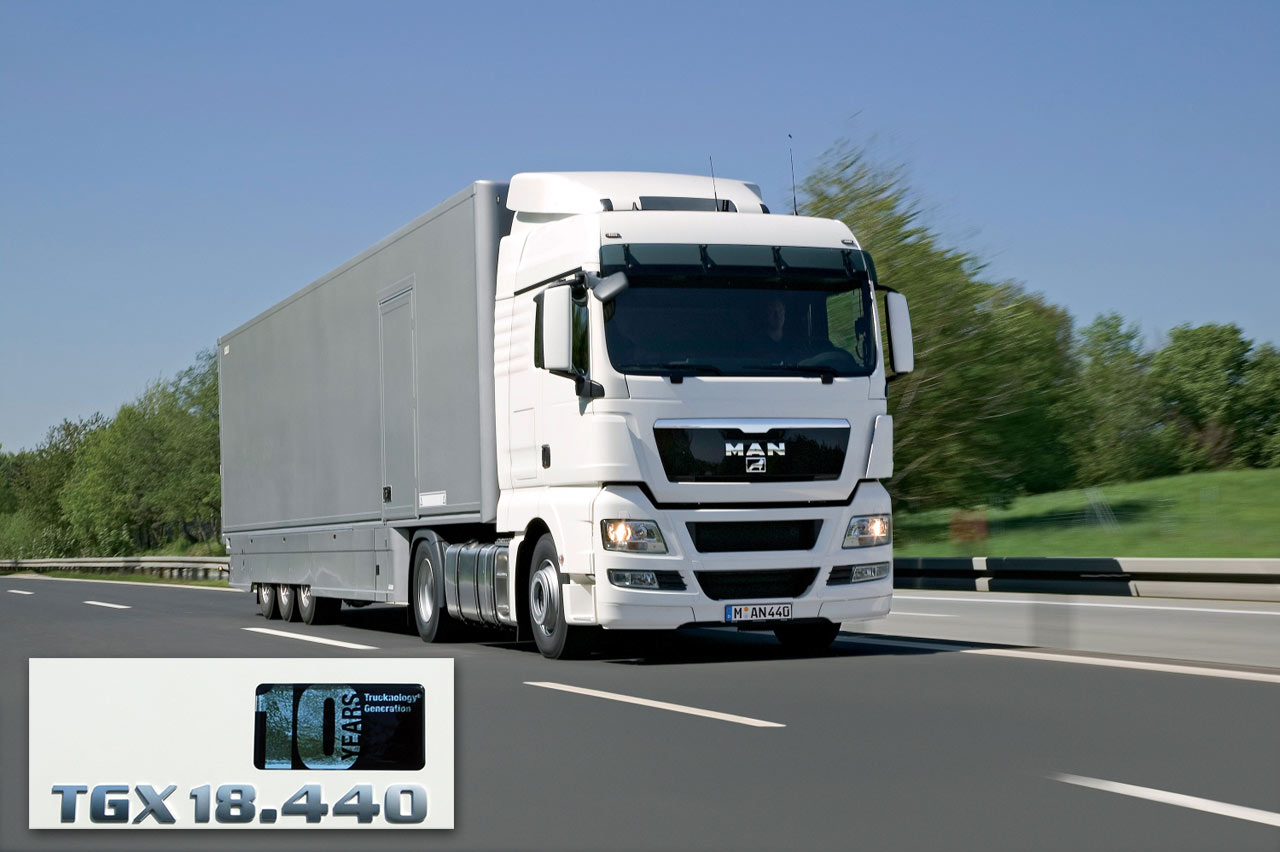 In 2010, the MAN Trucknology® Generation can already look back on ten years of model history, which began with the launch of the MAN TGA in 2000. The XXL cab remains convincing right up to the present day, providing more space than any other on the market.

This has continued through to the current MAN TGX generation, which uses high-quality materials for the interior and optimises noise insulation. The TGA, recognised as “Truck of the Year 2001”, was followed in 2007 by the new, independent TGX range, which itself was voted “Truck of the Year” in 2008.

The TGX Anniversary Edition is fitted as standard with MAN TipMatic® Profi, a AeroPackage consisting of roof spoiler and side cladding and an Intarder for efficient driving on long hauls. The XLX cab is equipped with sliding roof, coolbox, pre-heating and two sleeping bunks, making for comfortable driving, working and living.