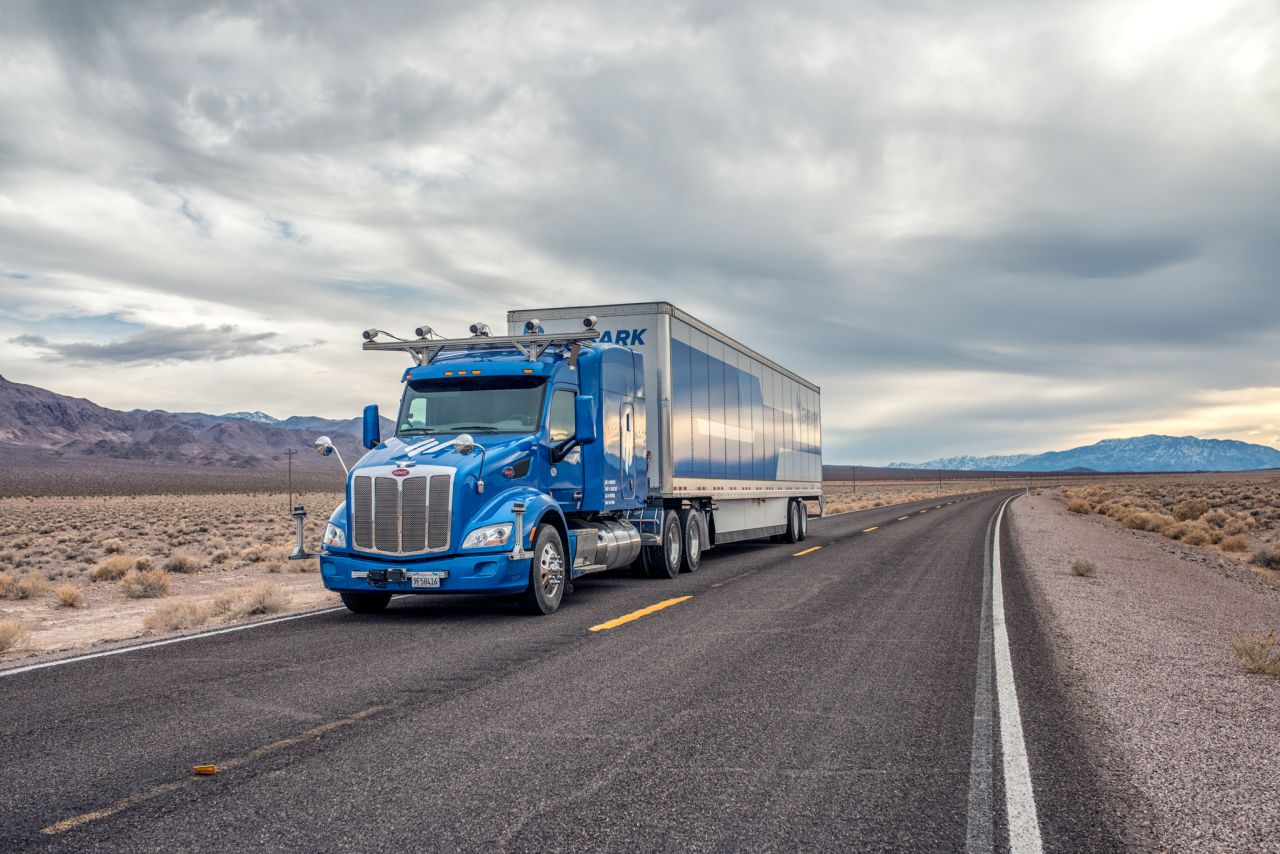 Embark is one of the still unknown tech startups – at least on European soil. It specializes in the automation of trucks. As has recently become known, the company is now likely to have made a special coup. A truck test drive between Los Angeles (California) and 3800 kilometers away Jacksonville (Florida) was successfully carried out – and partially autonomous.

The converted Peterbil tractor unit has been equipped with numerous sensors, cameras and special software that enables automated driving. All in all, she needed five days to travel from coast to coast across Interstate 10. According to Embark, this was the first semi-autonomous truck journey from coast to coast in the USA.

At level 2 (semi-autonomous driving), the vehicle can drive in certain situations – such as on a straight highway – completely autonomous, accelerate and brake and regulate the distance to the car in front. However, a driver must be able to intervene in an emergency and continuously monitor the driving process. The accident risk would otherwise be too high.

Company boss Alex Rodrigues said in an interview: “The driver is always responsible for being attentive and making sure everything is safe. But he will travel for several hours without being directly involved, and if he is involved, then only for a few seconds.”

The company’s goal is now to develop the technology as far as possible to enable level 4 automation. The vehicle would then be able to operate independently – ie without the intervention of a driver – on certain routes. This would then bring a first commercial product on the market, so Rodrigues.

Embark’s vision is to change the freight system with the help of its driverless Level 4 trucks. Longer and predominantly straight sections would be left to the automated driving systems, on routes with more complex tasks would then take over the driver.

“The first truck ride on an automated coast-to-coast system took five days because the driver had to keep his rest periods,” explained Rodrigues. “A level 4 system, on the other hand, would be able to cover the same distance without rest periods in just two days.” In his view, that would drastically change freight dynamics.