It was created by the American designer Karan Moorjani. The designer decided to return the aircraft motives of the 60es to future design of US trucks. He calls the truck as ‘Road Plane’ and the driver as ‘Road Pilot’. So what is in this truck from aircraft? Of course the design with smooth lines is similar to a fuselage of an aircraft. But the most important thing is a six beam radial engine, like a military propeller aircrafts of WWII. The engine is positioned horizontally between the axes of the truck. Grille design also uses a radial aircraft engine style. As a result, the exterior has turned a very unique and original, but technically the project has no perspective – it will be extremely difficult to design such an engine and properly install it in the truck. 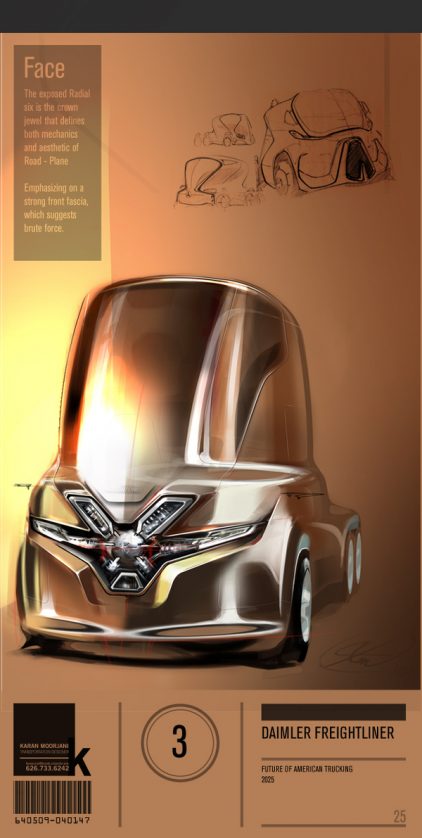