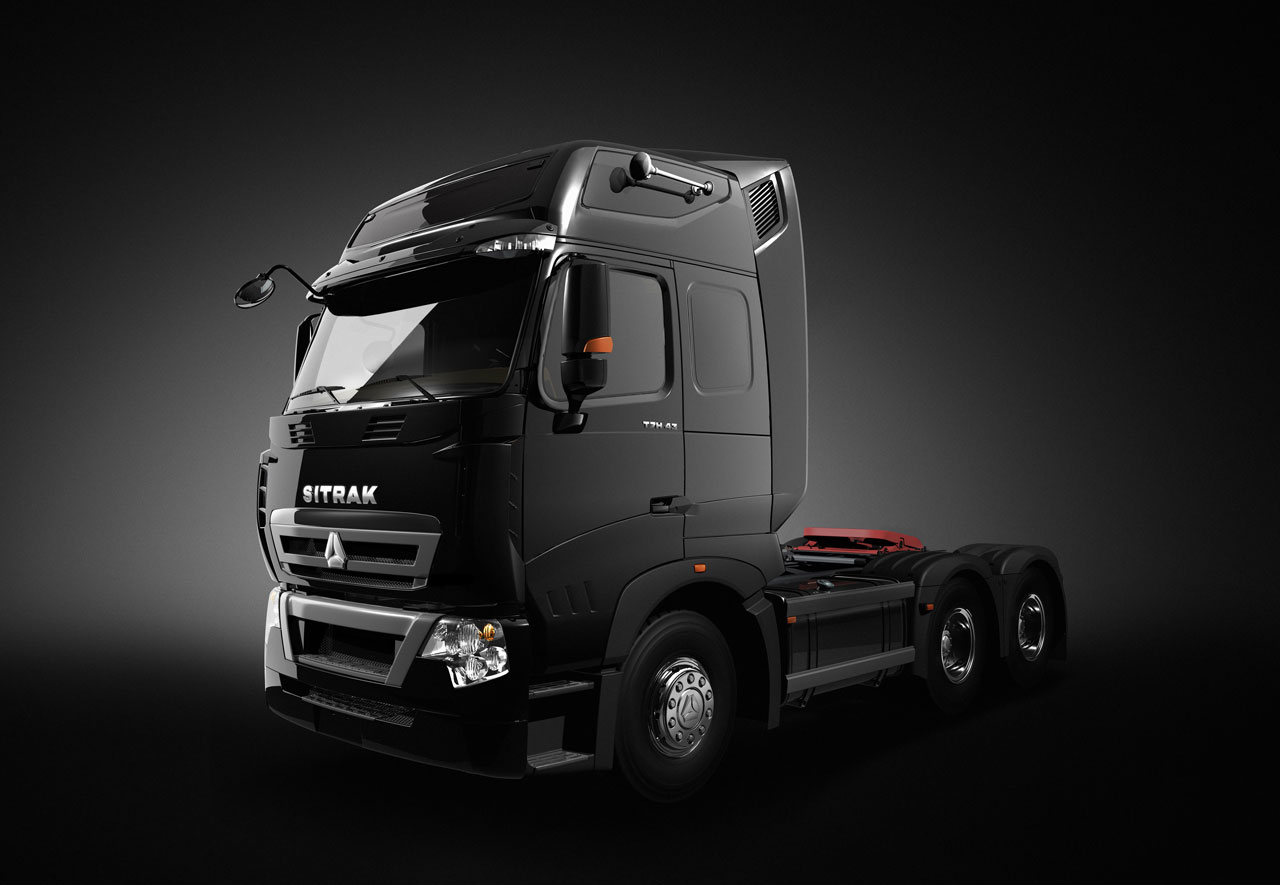 The new truck brand will be known internationally as SITRAK but will be marketed under the Chinese name Shandeka (汕德卡) in its home market of China. Three stylized ginkgo leaves, which symbolize endurance and vitality in Asia, act as the logo. While sales in China will be exclusively via Sinotruk, export markets will be served by the existing sales networks of MAN and Sinotruk. MAN will also participate in the sales in China as a result of its direct interest in Sinotruk. The companies expect yearly sales to total 200.000 trucks by 2018, thereof 160.000 for the Chinese market.

Sinotruk and MAN showcased the new brand’s first product, the SITRAK T7H, at their joint trade fair stand in Shanghai. It based on the Sinotruk A7 model. The heavy-duty T7H truck combines Sinotruk’s components and MAN technology. The T7H is due to go into production at the Jinan site in China in December 2011. Chinese customers will already be able to order the new truck in the first six months of 2012, while the sale of exports is slated for the second half of 2012.

Sinotruk and MAN are cooperating on two levels: provision of capital and transfer of technology and management expertise. MAN invested €560 million in Sinotruk in 2009 and has a direct interest in the Chinese manufacturer with a 25% stake plus one share. The transfer of technology and management expertise is based on a contract signed by both partners regarding the granting of technology licenses. MAN went into partnership with the Heavy Duty Truck Corporation (today Sinotruk) back in 1983 for the construction and licensing of Steyr trucks.