Totally new for the 1960 was a series of Tilt Cab trucks, included about 20 models, which were true Cab-Over-Engine models. As their name implies, the Tilt Cabs were of a design where the entire cab tilted forward in order to provide great access to the engine. The GVW of this series was from 19,500 to 25,000 lbs.

The bumper-to-back of cab size was 72 inches. That means more space for body and payload, better weight distribution, and a big bonus is increased maneuverability. The tilt cab also gives better visibility. 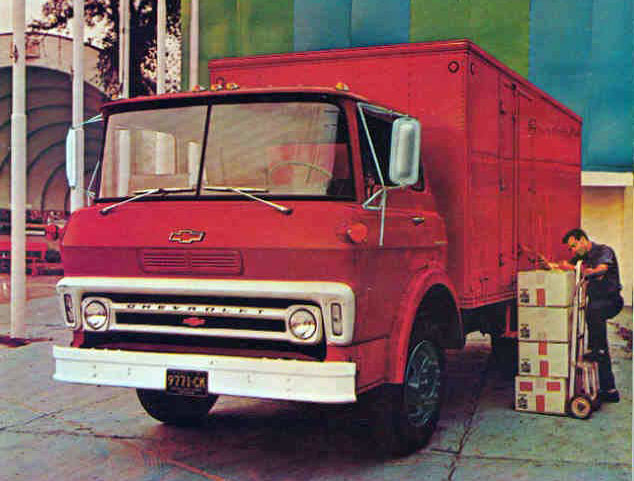 In 1973 all models received light restyling. 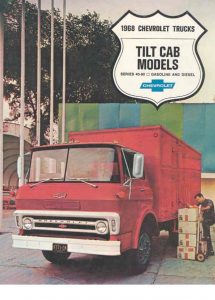 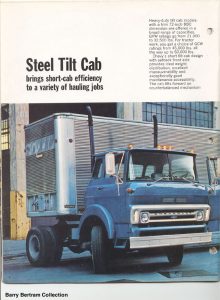