Another attempt at designing an acceptable alternative to the Mk I came at the 1964 Commercial Motor Show. It was called Guardsman and appeared in the livery of Bulwark. It was of timber and metal construction with plastics panelling and was fitted with a Cummins 235 bhp V8 diesel. The Atkinson with Guardsman cab was very rare model. 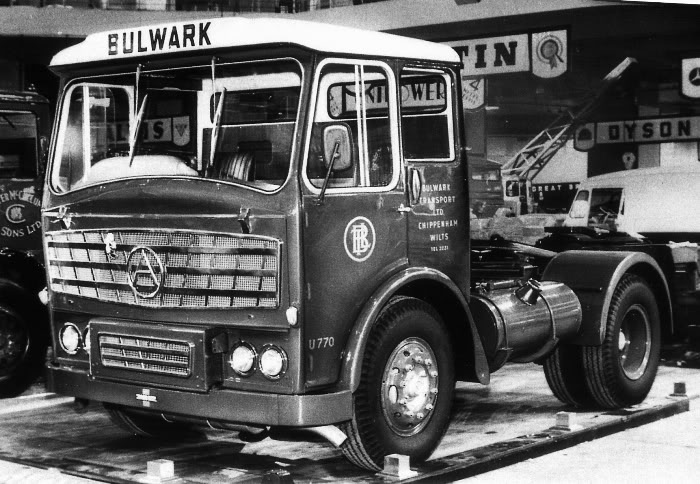