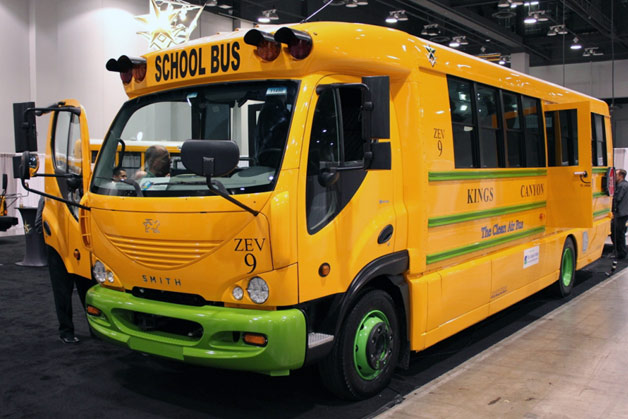 The 42-passenger school bus will be equipped with a 120-kilowatt (161-horsepower) electric motor powered by a pair of 278-volt lithium-ion battery packs. Moreover, the eTrans features an auxiliary unit fueled by either compressed natural gas or propane in order to run the bus’ heating and air conditioning systems. The eTrans’ range depends on operating conditions, but Trans Tech claims bus drivers will be able to go approximately 100 to 130 miles on a charge. The bus’ top speed checks in at a city-capable 50 miles per hour. The eTrans was officially unveiled on October 23 and is scheduled to launch in limited numbers in early 2012. Full-scale production is set to commence in mid-to late 2012.