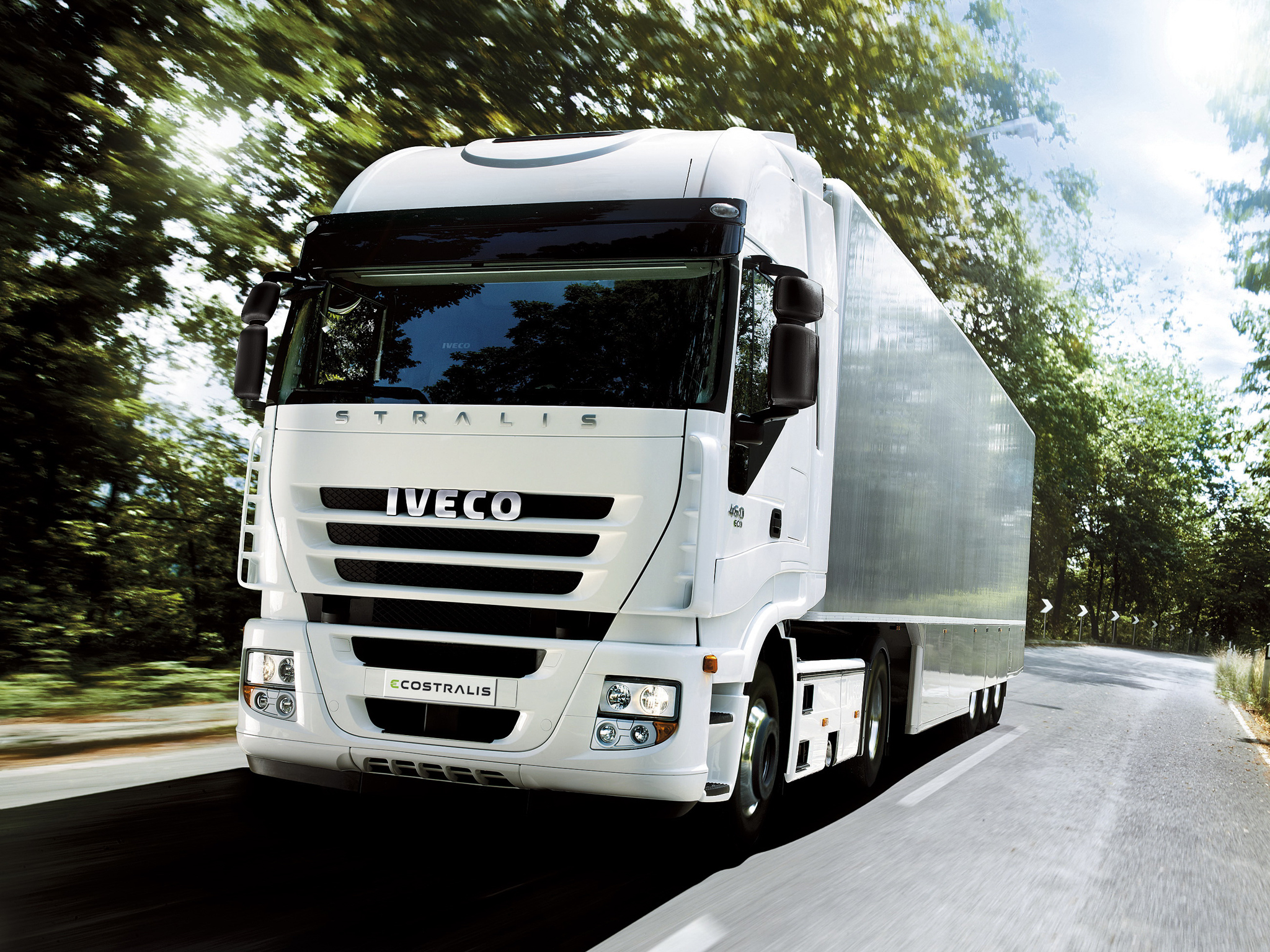 Such versions became very popular now. ECOSTRALIS is the evidence of Iveco’s commitment in ensuring maximum productivity and in minimising operating cost thus reducing the impact on the environment in which we live and work. New version can save up to 10% of fuel if compare with diesel Stralis model.

There are some features, which help to save fuel. EcoSwitch activates a program called iEco which automatically adapts shift logics and engine mapping to the load: allowing the engine to supply maximum torque and power when needed and “reducing” the power and torque as soon as possible to optimise fuel consumption. EcoFleet with Eurotronic transmission: a feature that Iveco makes available to fleets, particularly those who operate with multiple driver changeover.

Aerodynamics is one of the factors which most affects consumption: it is estimated that at approximately 85 km/h, 40% of fuel is used to overcome air resistance. For this reason, ECOSTRALIS adopts the best solutions to reducing aerodynamic resistance with a kit consisting of roof spoiler and side deflectors between cab and semi-trailer, and also chassis side streamers. The result is an average fuel saving of 6% (with peaks of up to 10%) when compared.

ECOSTRALIS AT (Active Time) and AS (Active Space) cabs are available with low, standard or high-roof. AD (Active Day) cabs for day use only are available on request. ECOSTRALIS range can be combined with a choice of three Cursor engines to create the perfect vehicle for your needs. The Cursor 10 litre (420 and 460 HP) and 13 litre (500 HP) engines adopted by ECOSTRALIS meet EEV (Enhanced Environmentally-Friendly Vehicles) requirements. All Cursor engines use low viscosity synthetic oil which reduces consumption by a variable percentage from 1 to 2.5% according to the mission.

In order to obtain the best fuel consumption it is important to choose a final drive ratio suited to your mission and Iveco has a wide range of possibilities for all transport types. The right final drive ratio allows the engine to run as much as possible in the “green zone” of the rev counter indicating that the engine is running at optimum efficiency with the lowest specific consumption.