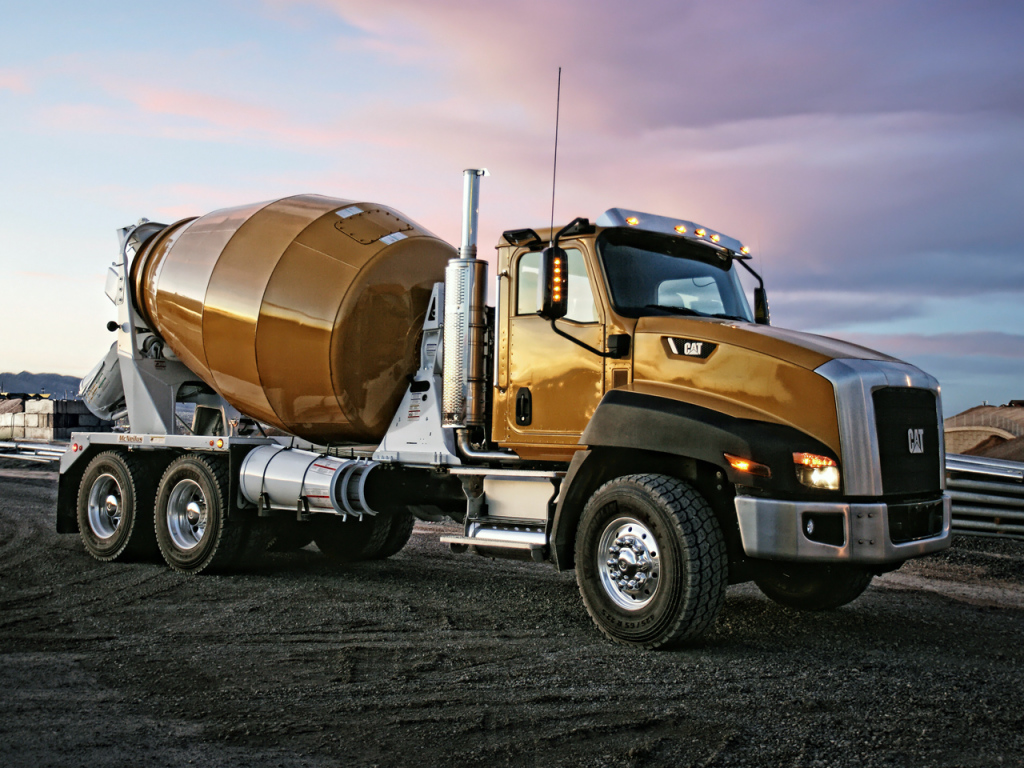 Caterpillar has showed a new CT660 vocational truck in Las Vegas, Nevada in 2011, which will be a part of future big range of vocations. It was painted viper red, a departure from Caterpillar’s trademark yellow and black.

The new truck was also significantly different in appearance than the International PayStar it was based on. And it is differed from Australian Caterpillar CT610/630 models, which are more looks like International.

“To say everything above the frame rail is new is a fair statement,” said Gary Blood, product manager, vocational trucks. “There is very little carryover inside the interior. We even did things like, we didn’t like how the window lift worked so there are now two window lifts per door.”

Attention to detail was the theme during the CT660’s design process, which included heavy consultation with customers. The tired wood grain paneling so often found on truck dashes has been replaced with brushed aluminum, giving the interior a modern look. Cat also integrated the speedometer and the tach into a single gauge to better utilize dash space. The glove box has been replaced with a removable storage bin.

The CT660’s exterior is equally unique. It has a three-piece stainless steel bumper that’s easy to repair. The end pieces will bend back 180-degrees before causing damage to the centre section. Composite plastic fender sections are damage-resistant and easy to replace. The honeycomb grille is framed by a stylish three-piece stainless grille surround. The aluminum cab is the same as International has. Cat officials also said the CT660 offers a best in class turning radius.

“We have touched every panel on this cab. It is not the same cab the parent donor started out with,” Blood said.

Cat even changed how the mirrors were mounted onto the A-pillars and improved accessibility to the doghouse panel as it Caterpillarized the CT660. Improved door seals and a standard enhanced insulation package make the cab super quiet.

Under the hood is a yellow-painted International MaxxForce 11 or 13, rebadged the Cat CT11 and CT13 with a CT15 to come later. Subtle enhancements have been made to make the engines a true Caterpillar, but Blood admitted the engine is not much of a departure from the International base engine. The engines will use advanced EGR and will come in power ratings ranging from 330 to 550 hp (once the CT15 is brought on-line) and torque ratings from 1,450 to 1,850 lb.-ft.

The truck will be available with a wide range of manual and automated transmissions, but Cat’s own CX31 will be a notable option. The fully automatic transmission has six forward speeds and one reverse gear. 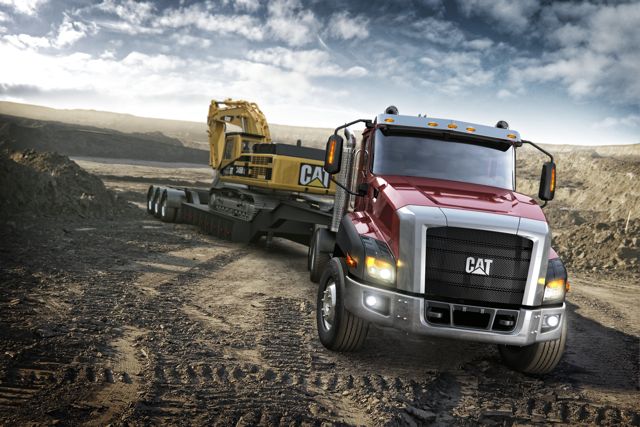 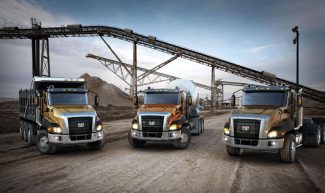 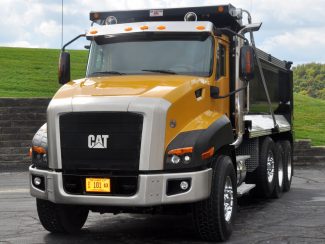 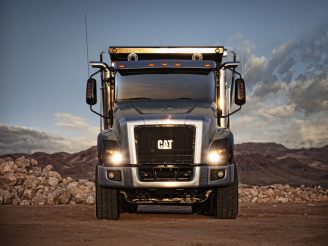 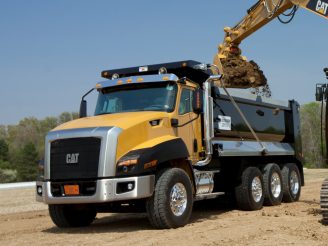 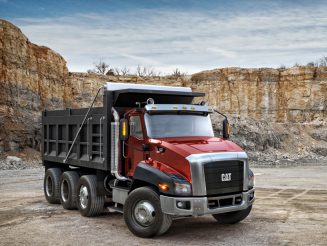 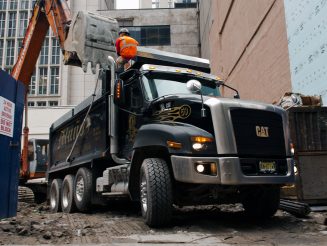 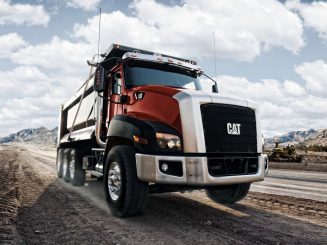 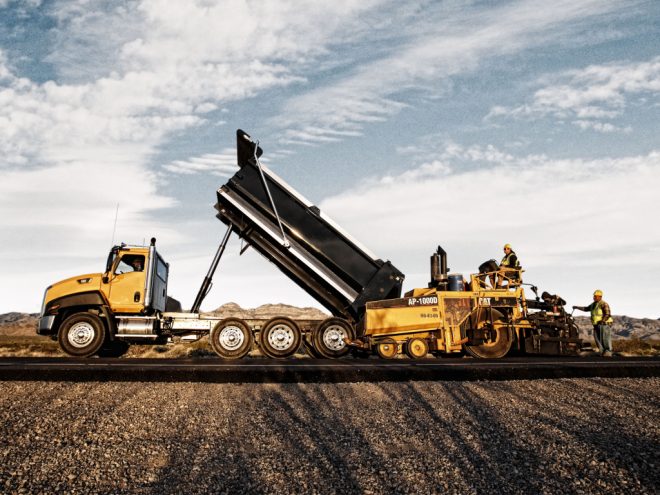 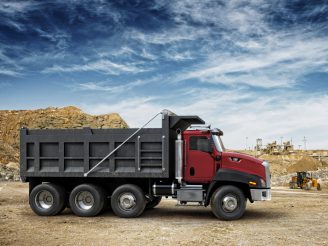 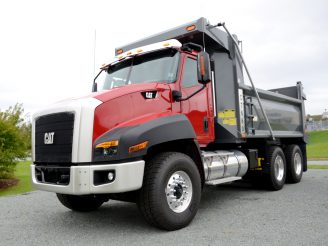 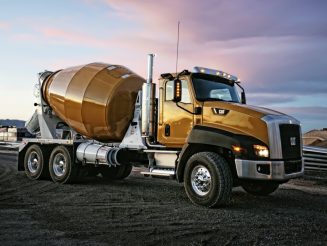 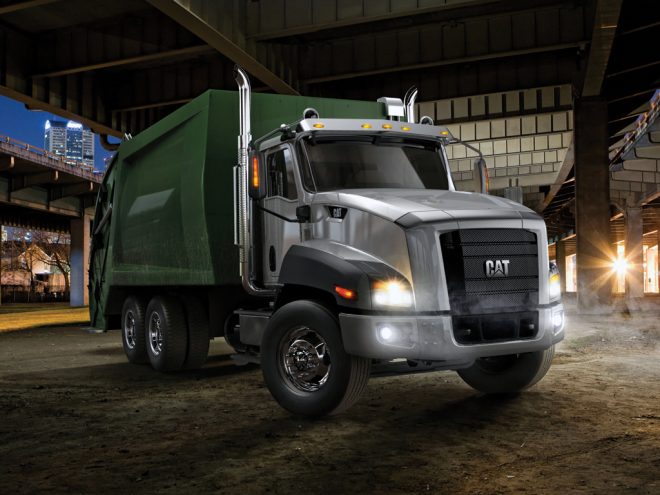 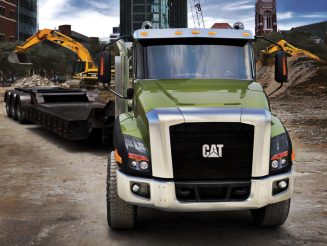 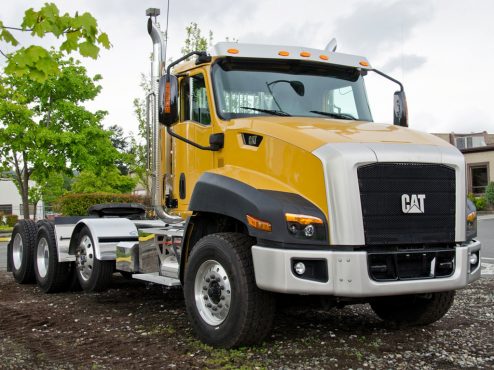 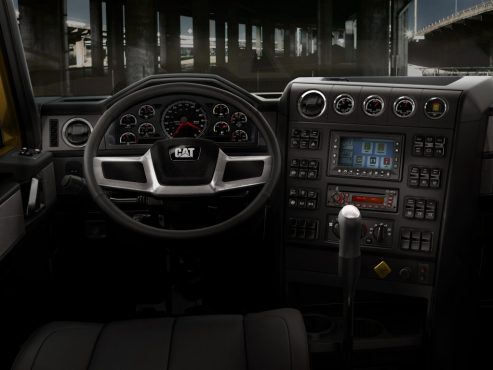