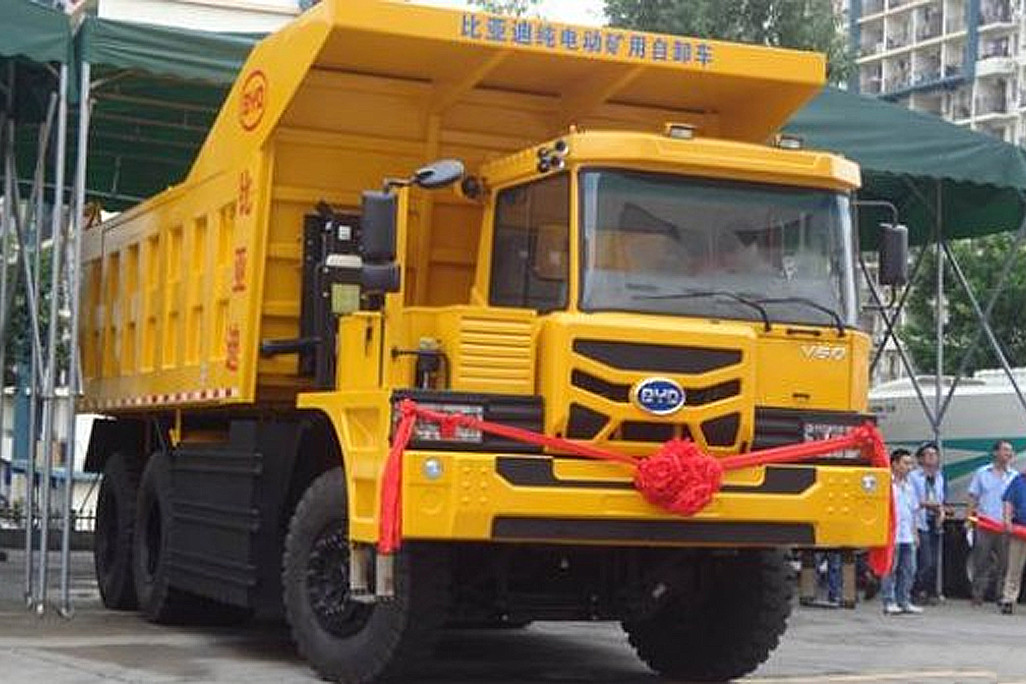 10 years ago the Chinese company called BYD Co. was known worldwide for their cars, but now they decided to switch to producing innovative EV’s. We should say that they succeed because they’ve already built a big electric bus factory in the US. For the moment, their flagship is an articulated bus.

Their other factory in Brazil produces 1000 electric buses every year. Another factory is located in China, and they say that they don’t want to stop developing the company. Speaking of development, the company produced a lot of high-quality trucks such as BYD T5, T7, J9 and T7A, but there is a real flagship – BYD T8SA vacuum-tube sweeper. When BYD Launched this machine, the world became absolutely sure, that this company is the undiscussed leader of the EV market.

Now it’s time for dump trucks. In September 2015 they announced their new 6×4 BYD V60 three-axle truck with fully loaded weight of 60t. This machine is intended to work in coal mines and it is said to be the most ecologically friendly dump truck in the world.

As long as the equipment weighs about 30t, the truck is only capable of transporting 30t of cargo. Chinese engineers said that it’s very expensive to use ordinary trucks because of the fuel prices, and trolley trucks are only useful during long-time mining. Of course, some coal mines are enormous and the others are smaller, so the engineers decided to stick with electricity.

BYD V60 was presented on the 7th of September. Now, we don’t have any information about specs, because the truck is to be tested first. The engineers have to be sure, that this monster is ready for any conditions and circumstances. 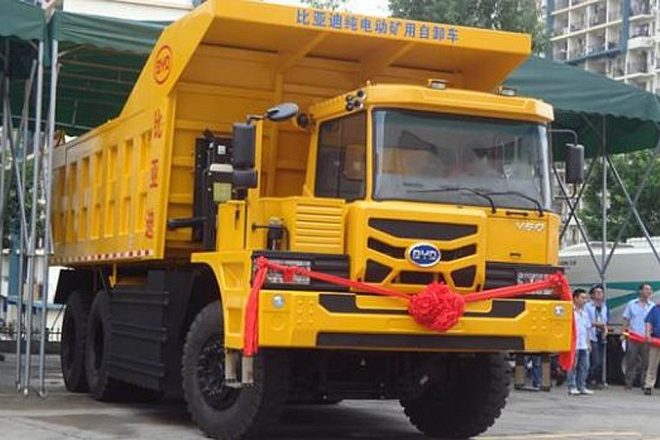 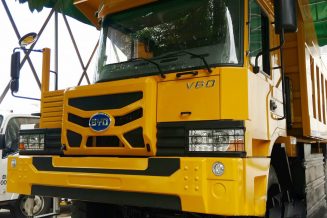 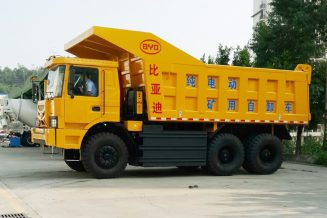 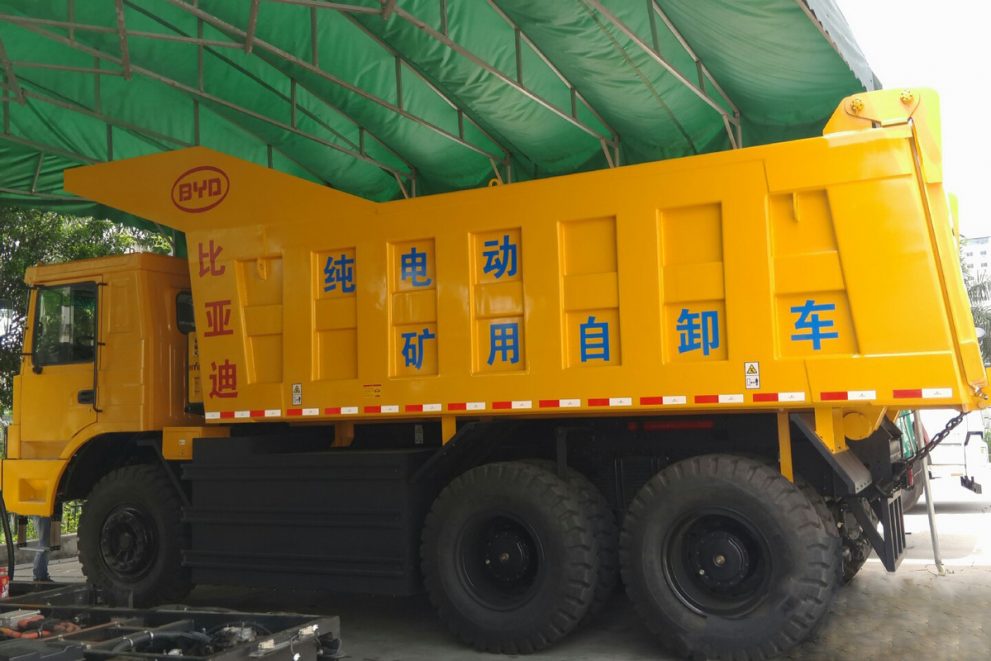