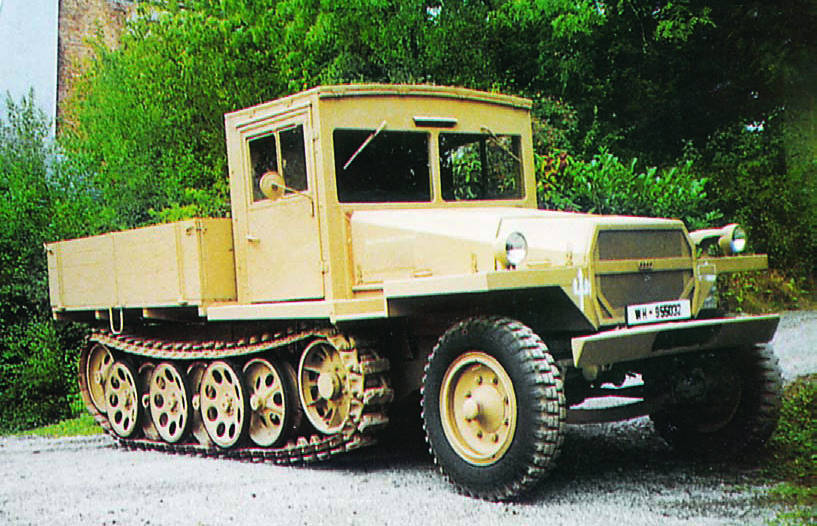 The SdKfz 11 was the prime mover for a number of German artillery pieces, including the 7.5 cm PaK 40 and the 10.5cm le.FH 18, and also provided the chassis for the SdKfz 251 armored personnel carrier.

There was also a transportation version SdKfz 11 3t Leichter Zugkraftwagen with the cab was made of pressed cardboard. SdKfz11 was produced by many companies, including Hanomag, Hansa-Lloyd, Adler, Borgward, Horch and Skoda.

The front end of the later versions are quite angular and very different from the curves that abound on earlier Sd Kfz 11s. Under the hood was Maybach HL42 6 cylinder engine. 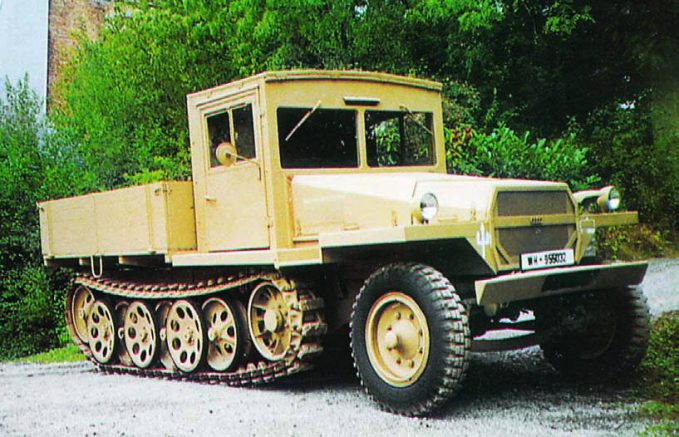 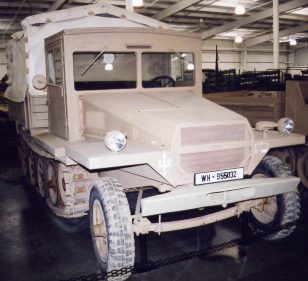