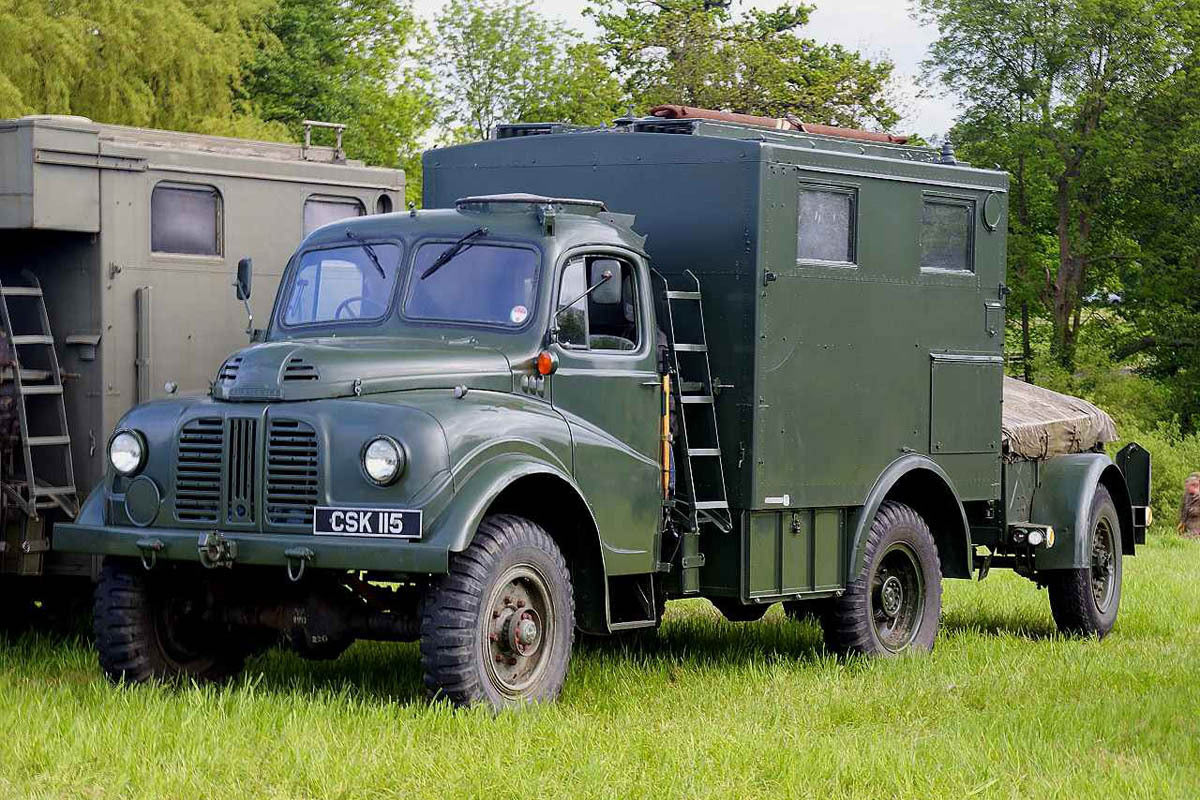 The first military K9 was introduced in 1952. It was derived from the civilian Loadstar range but was modified to make it more suitable for military service, with increased track and ground clearance and all-wheel drive.

Designated as the FV16000 series the 4×4 K9 was rated at a very conservative 1 ton and the chassis was adapted for use as a cargo vehicle, ambulance, water tanker and the most numerous was the wireless body.

The Services model saw duty with the Army and RAF from 1951 until as late as 1980 when some ‘signals vans’ were still in the hands of the ‘Territorials’, and others were in storage depots. None were bought by the Royal Navy and there is no evidence any were even used by the Senior Service.

K9 was equipped with the familiar petrol, overhead valve, 3,995 cc six cylinder developing 92 bhp at 3000 revs. But to create the revised model, rifle clips, a gun ring in the roof, and larger tires (9.00 × 20) – single all round – were fitted. There was a transfer box to take the drive to the front axle, but even so, the off-road capability was very limited.

Over the years various other modifications took place. These included stoplights, and a convoy lamp and plate. Then came manually raised indicator arms and ‘NATO’ trailer socket, while some ‘K9s’ used by the BAOR (British Army of the Rhine) got electrically operated trafficators. RAF vehicles differed from their sisters in having no convoy light, a civilian pattern number plate lamp, stoplights from new and semaphore indicators in the panel behind the cab doors.

Three types of cab appeared, the differences being detail changes to the scuttle (no waist level louvers on early examples, for instance), floor and rear panels. Some ‘K9s’ were supplied as a cab and bare chassis to be fitted with van bodies or a water tank built by outside coachbuilders.

Even the standard bodies though displayed immense variety. The most basic ‘K9’ is probably the Cargo FV 16001 which was designed to carry a section of soldiers and their kit. Cargo/FFW FV 16002 is the somewhat lengthy code which described the standard ‘K9’ truck when ‘fitted for wireless’ (FFW).

But in 1955 there were developments on the communications front when a new range of radio stations called ‘Larkspur’ was introduced. This led to the FFR (fitted for radio) ‘K9’ with a mast on the body side, brackets for the aerial tuning unit (left front wing top) and various other supports and leads. These were officially described as Radio Station Van FV 16003 and also as ‘Wireless Light’. 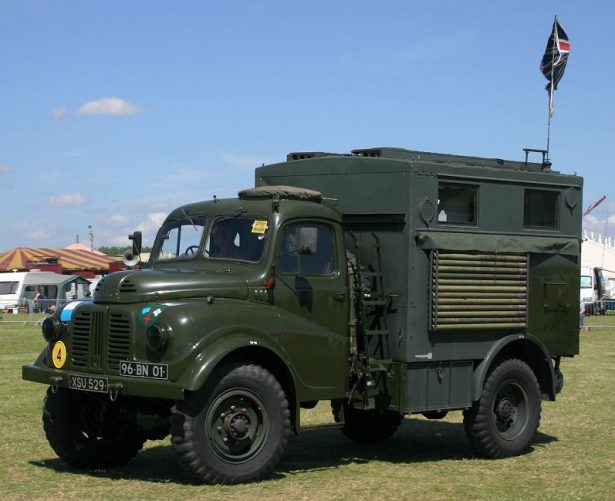 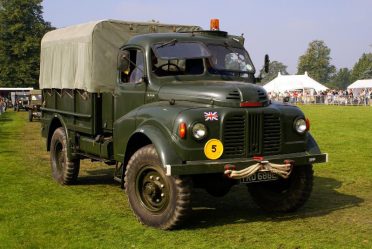 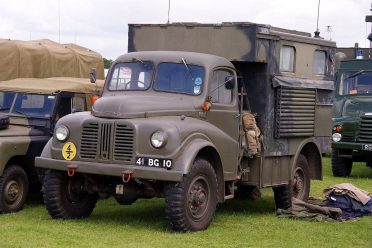 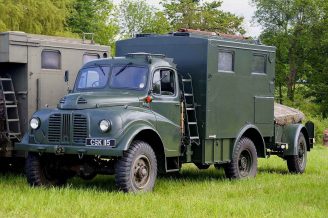 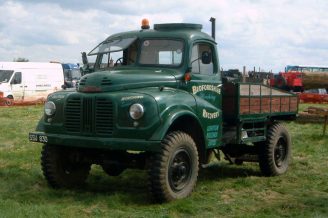 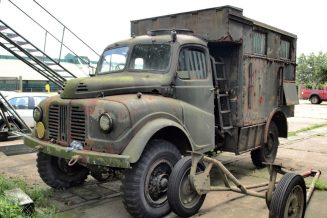 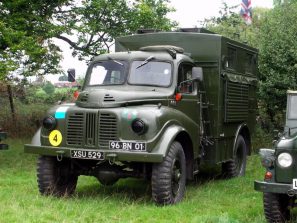 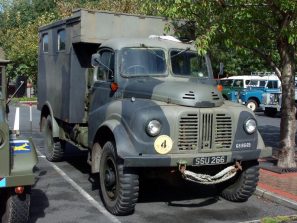 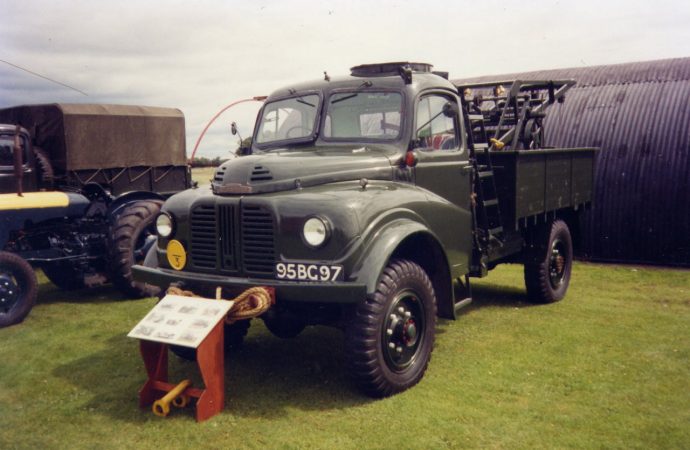 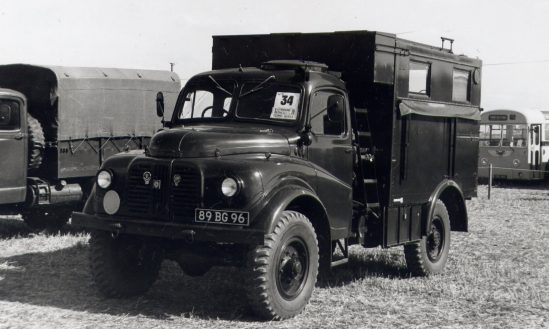 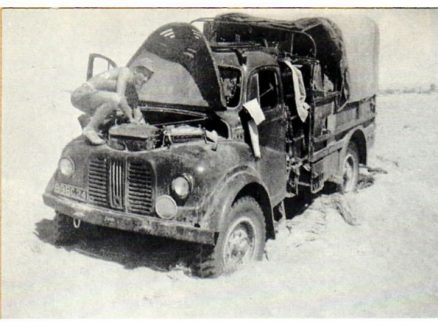 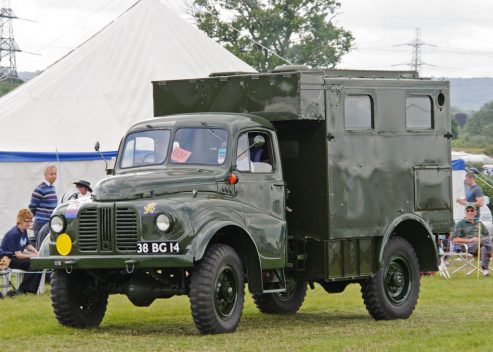 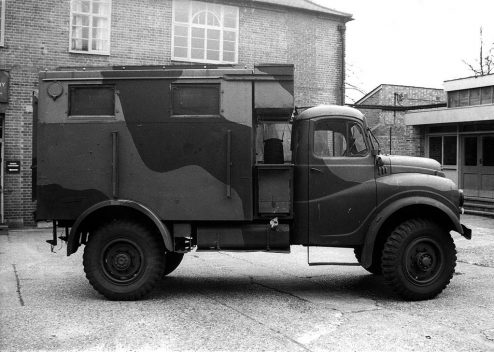