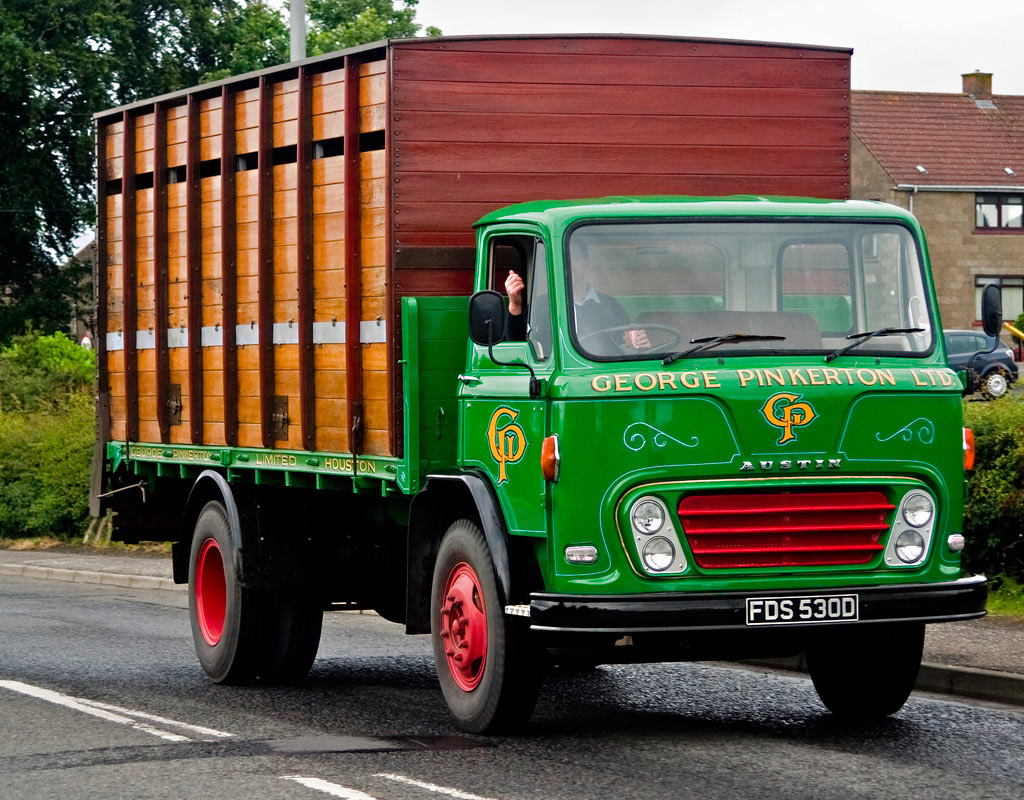 The all-new FJ cab was introduced to replace the FH range. The new truck featured sharply design of a cab, with its distinctive twin-headlamps mounted at a jaunty angle. In true BMC fashion, the FJ could be bought as either an Austin or a Morris, with non-HGV ratings of 5 and 7 tons, known as the K100 and K140 respectively.

Heavier versions were also available, including the 8-ton K160 and the 10-ton K360 “Prime Mover”. The FJ cab’s main advance over the FH which it replaced was the fact that it was tiltable, vastly improving access to the engine and other mechanical components.

Other innovations included a flat, uncluttered, “walk-through” cab floor enabling the occupants to enter or exit the cab from either side, and a natty roof-mounted console for the minor switchgear. 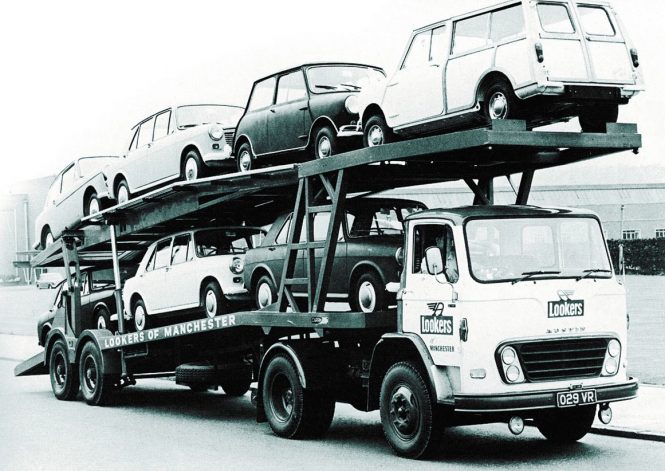 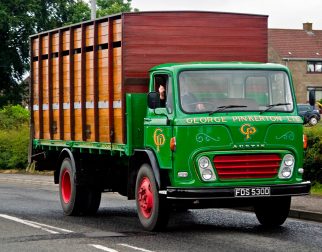 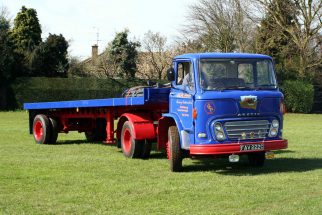 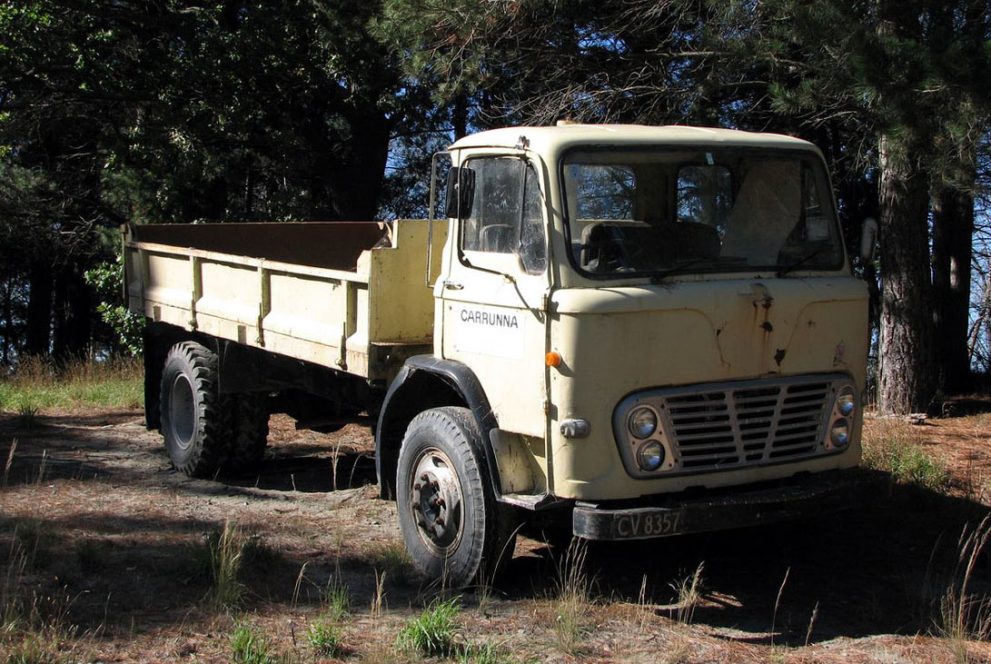 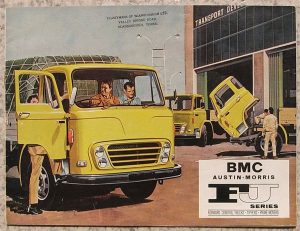