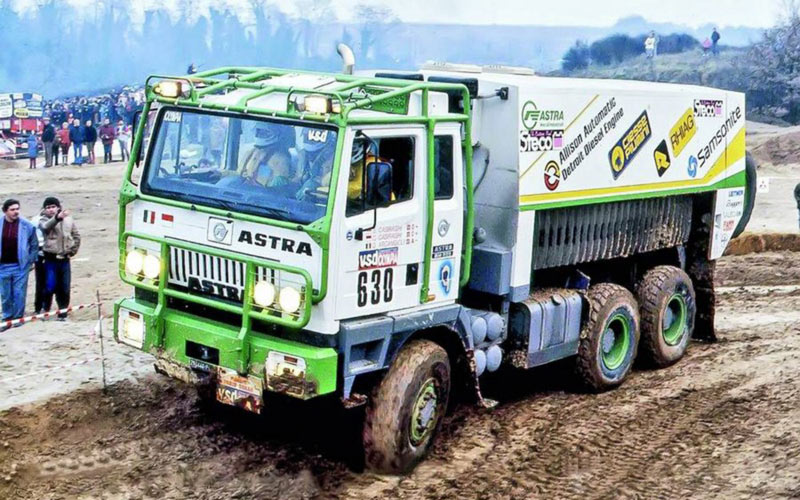 In 1985, the Princess of Monaco Carolina, her husband Senior Casiraghi and Astra Veicoli Industriali S.p.A. set a goal to win in the legendary rally raid Paris-Dakar. The main idea was to make something special which would give an advantage for the racing team. So they decided to make a truck which would beat other teams on a sand terrain.

But this feature had several significant drawbacks. First of all, the caterpillars and hydraulic system weight a lot. So the BM309 racing trucks weights 16 tonnes comparing with 10 tonnes from competitors. The power of 12-liter Detroit Diesel 8V-92TA-9A90 was not enough. The second, the caterpillars in raised position significantly increased the center of gravity, which made the driver had to be extremely careful at corners. And the third, the factory had no time to test the design.

The result was quite predictable: one of two trucks (with the Princess of Monaco and her husband) was crashed and dropped out of the rally. The second trucks (it wasn’t equipped with tracks) finished on the 15th position (out of 20 trucks). 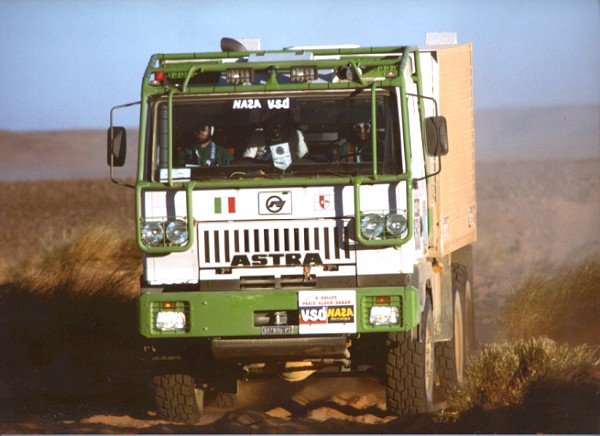 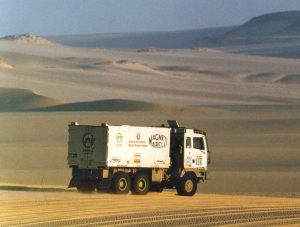 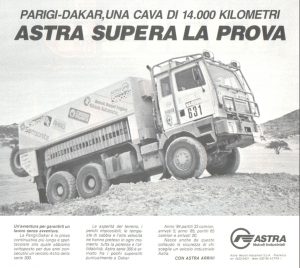 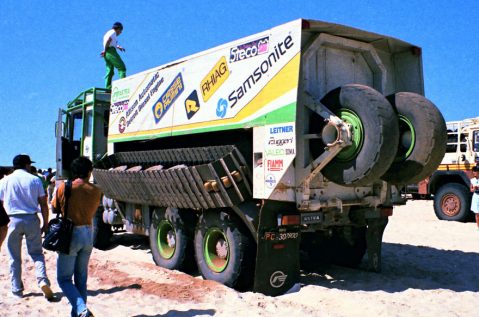 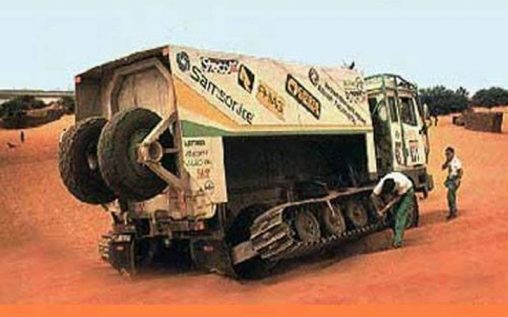 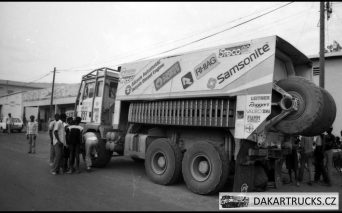 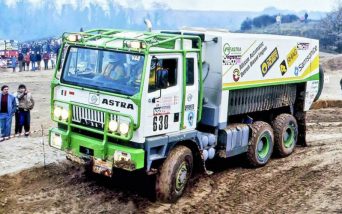 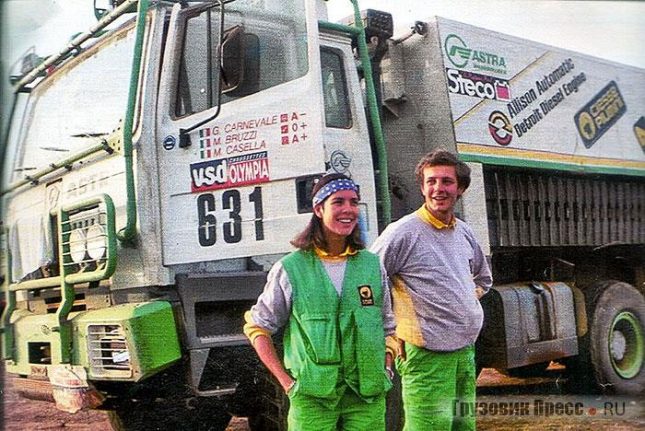