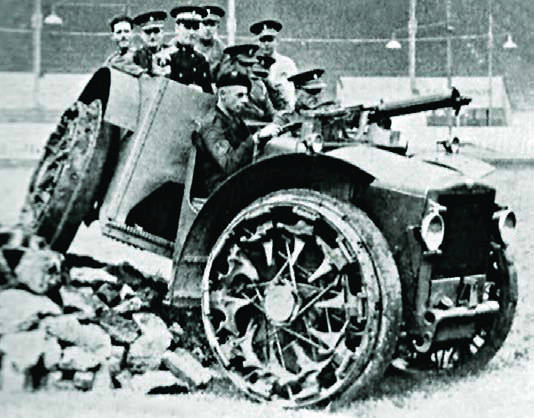 In Britain from 1923 Armstrong-Siddeley had the agency for Pavesi tractors and built some under license. They tried to interest the British Army in this type of vehicle. Between 1924-30 however, the military authorities purchased only three and borrowed two others for trials.

It had a plain open box body differing from the type used on the Italian Pavesi. A few other Pavesi tractors were used in Britain by firms specializing in hiring out vehicles to military and other authorities for contract work.