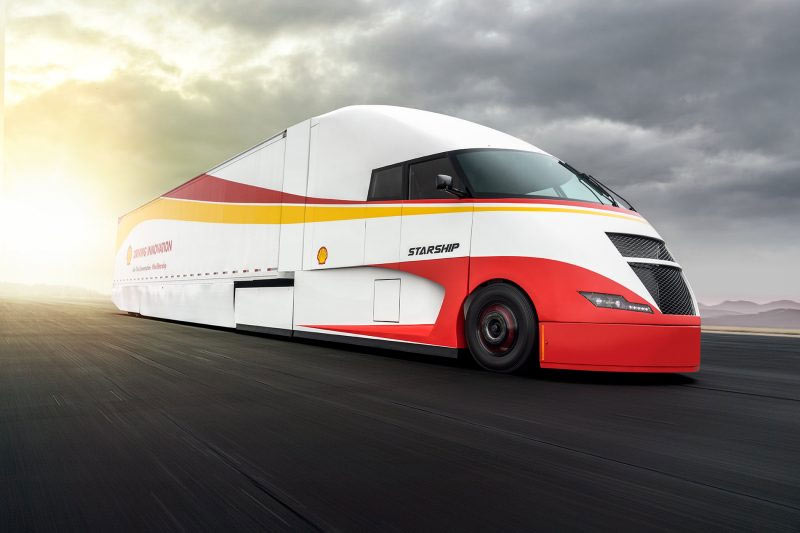 The mineral oil producer Shell has launched the “Starship Initiative” together with the US manufacturer Airflow Truck.

A demonstration model of the huge, about 24-meter-long monster of the heavy US class 8 was presented in Atlanta in 2018 but the project first became known in 2015. The outer skin of the truck has been specially made of carbon fiber to form an aerodynamic shell. This should reduce air resistance and reduce fuel consumption.

“The heart of the truck is a 400 hp Cummins X15 six-cylinder diesel engine, which is connected to an Eaton automatic transmission and sits on the chassis of an International ProStar,” explains Robert Sliwa, Managing Director of the Airflow Truck Company, which is involved in developing of the truck.

In addition to fuel consumption, the development focus has also been on safety aspects. Special consideration was taken for example on ABS, ESP and distance keeping warning system.

There are solar panels with a total of 5000 watts on the roof of the trailer. They are feeding a 48 volt battery of the tractor, which among other things supplies the air conditioning with electricity. When it comes to chassis, hybrid electric axles are used, which should provide extra thrust when driving uphill.

Although the oil company Shell is not directly involved in the production of the vehicle, the project is only made possible by the financing. Also, the engine oil T6 Ultra 5W-30 comes from Shell.

As early as May 2018, the truck is to prove its economic performance in a first extensive test drive. The planned six-day journey begins on May 18 in San Diego, California, and continues with some stopovers to Jacksonville, Florida. For test purposes, the cargo space is completely filled, bringing the truck a total weight of up to 36 tonnes. 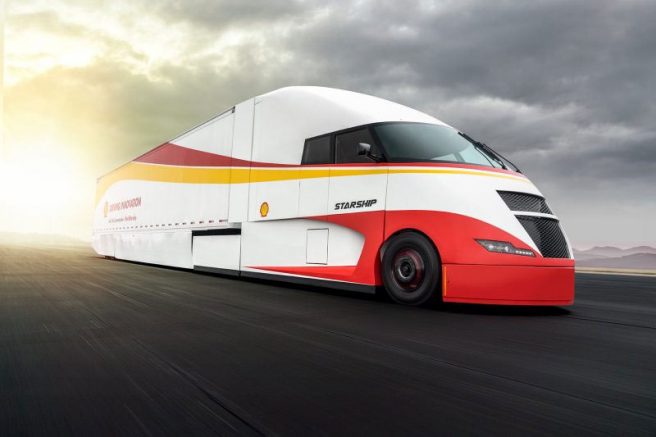 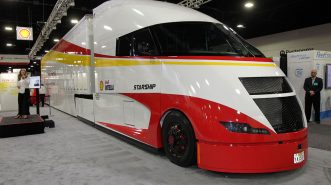 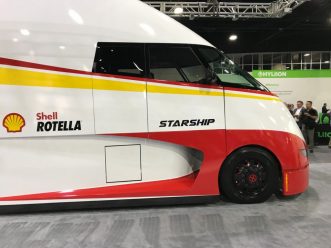 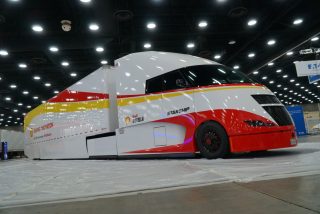 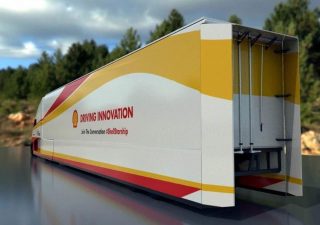 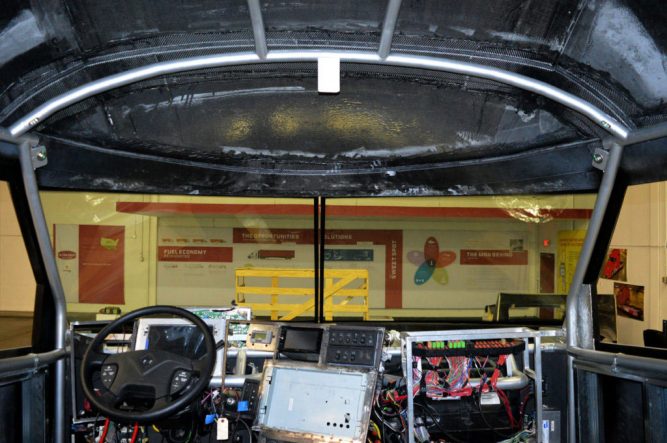 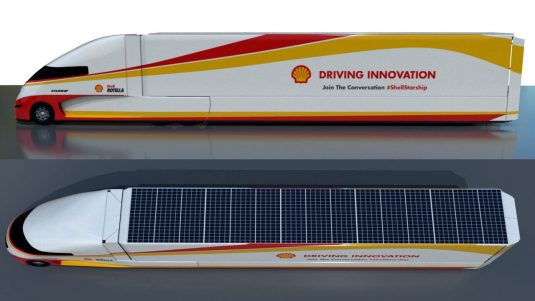 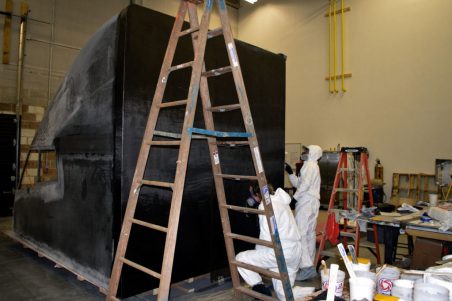 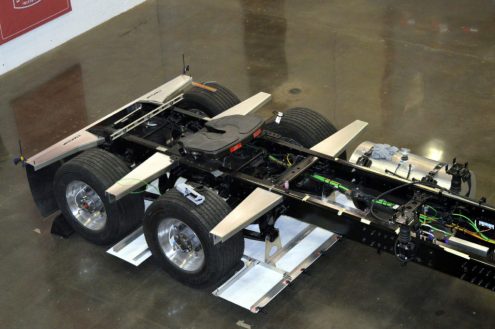 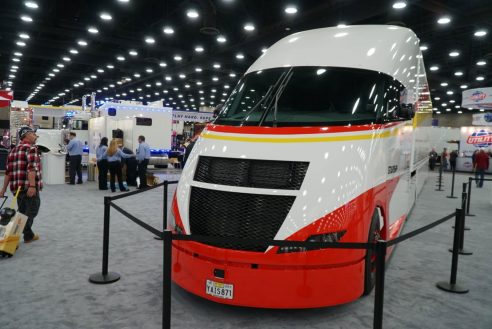 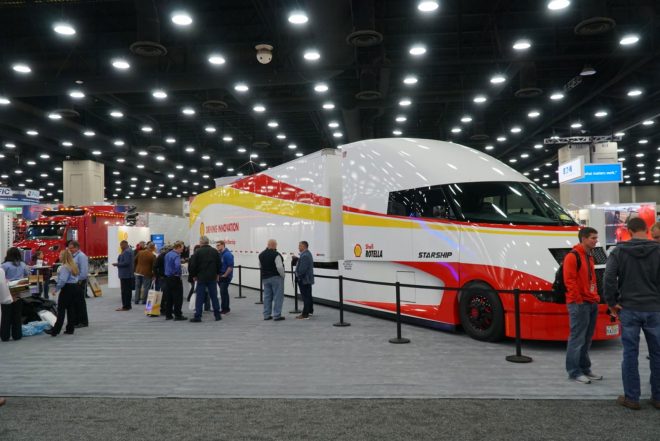 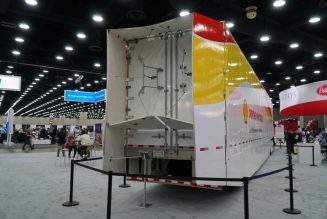 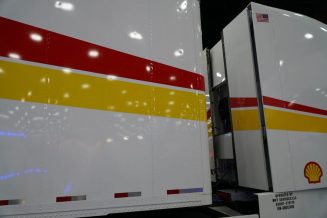 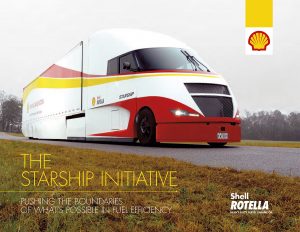 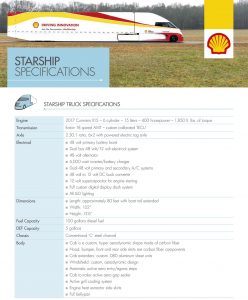 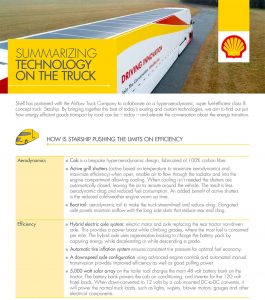