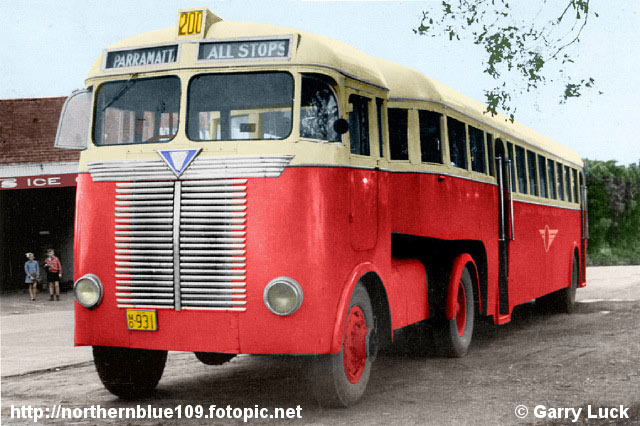 Semi-trailer buses in Australia were a superb alternative, high capacity people mover, which became popular during the second world war when double deck chassis could not be obtained from Britain. While semi-trailers trucks went on to become highly developed for freight transport, it was the walk-through “bendy” articulated bus that subsequently became the passenger carrying alternative. The Semi-Trailer bus body is of timber frame construction and was built by Parramatta Bus Co., Northmead, N.S.W. in December 1947.

An AEC Matador (model O853) was the original prime mover used to pull the trailer body. Choice of tractor unit was determined more by availability of war surplus stock than the need for a particularly rugged design. The chassis of the 4×4 AEC Matador was shortened in the company’s workshop and fitted with a coach-built can to match the profile of the company-built 11.4 meter semi-trailer. The prime mover received the design in a style of semi trailer. I know about 4 such trucks which were operator-built. One problem experienced in service was the difficulty in drawing the complete unit close to the curb at bus stops; there were also several reported incidents of semi-trailer buses drawing away from bus stops with the conductor still on the kerb. 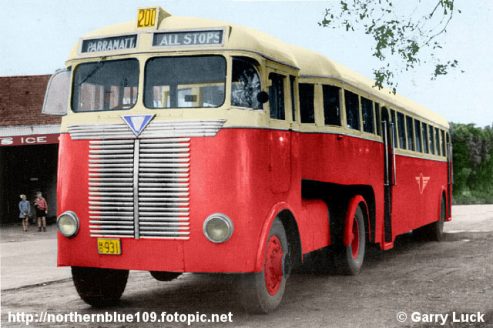 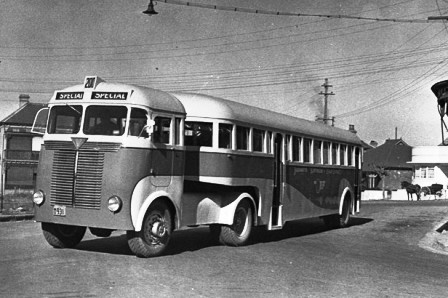