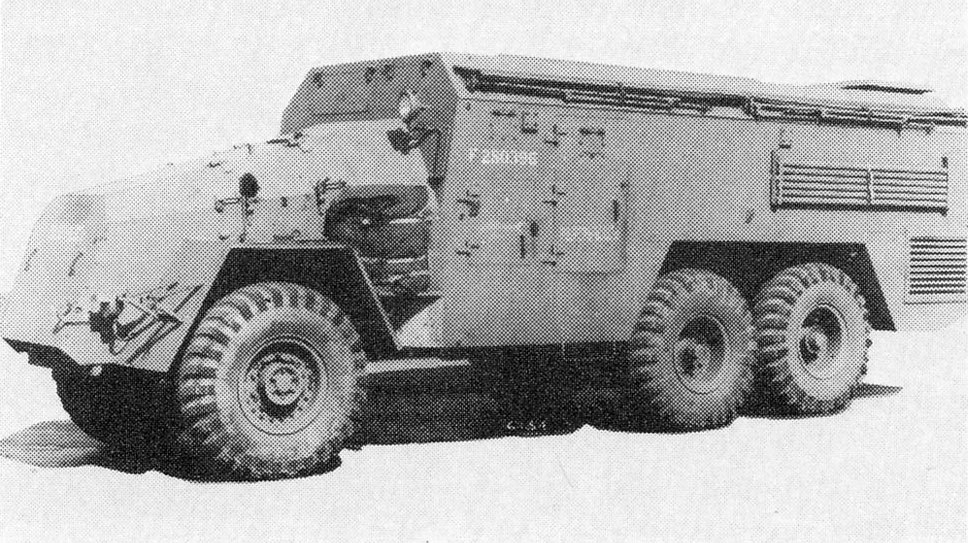 In 1944-1945, the Armored Command Vehicle AEC 6×6 Mk I (or AEC O857) had been producing. This machine was created on the chassis of AEC O854 and had an armored bonnet body with an open top. Armored Truck produced in two versions (high power HP and low power LP according to the type of radio), weighed 17 tonnes and was equipped with a 6-cylinder diesel engine AEC A198 with output of 150 hp and 4-speed gearbox. Maximum speed was 48 km/h. The Mk I was followed by the Mk II with short bows and a frame on the roof to take tarpaulin cover over the less critical HQ equipment like tables and chairs. 151 trucks were made. 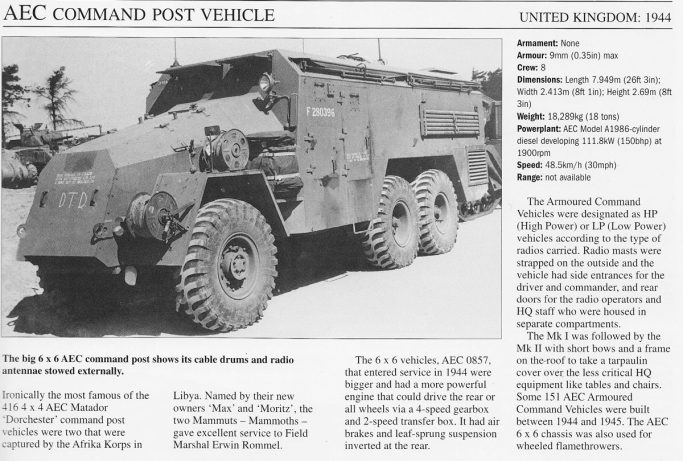 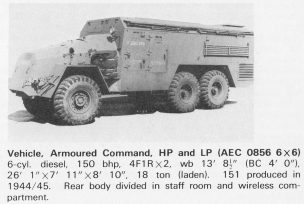 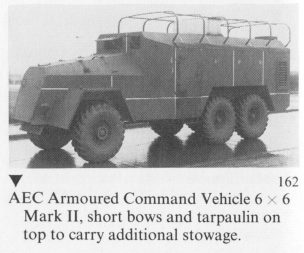