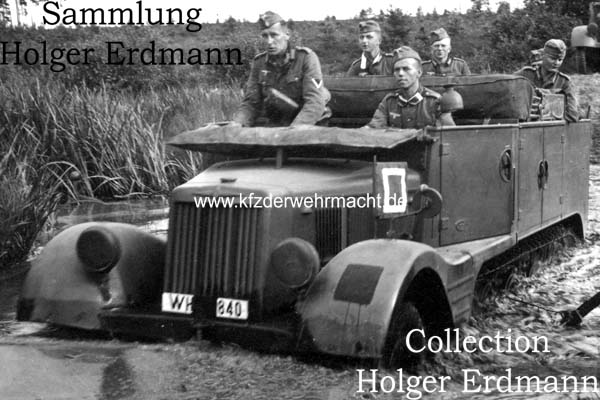 Half-tracked artillery tractor Sd.Kfz.11 was developed by Hansa-Lloyd Goliath in 1933, but mass production of these machines (type HLkl 6) started since 1936 was by the company Hanomag from Hanover. The necessity for these trucks and their chassis, which were used for the production of armored vehicles such as Sd. Kfz.251 constantly growing and Hanomag could not fully satisfy the demands of the army. Therefore, several other companies, including Adler, were joined to production of this model. The engine on this truck was the same as that installed at the 1-ton model – Maybach HL42. Totally, from 1942 to 1945, Adler was produced about 4300 transporters. 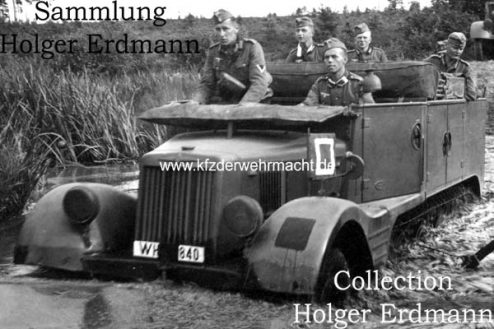 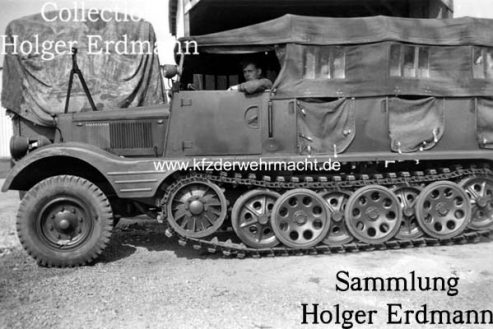