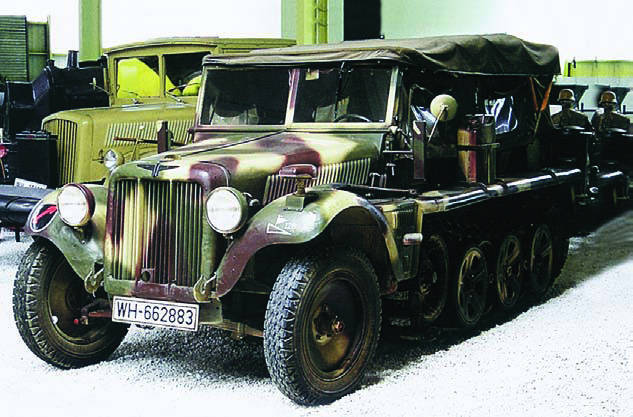 In 1940, when World War II was at its height, the company Adler joined the production of light (payload of 1 ton) half-track transporters D7 (standardized type Sd.Kfz.10), designed by Demag, which differed only emblem. Artillery transporter Sd. Kfz.10 was equipped with a six-cylinder carbureted engine with liquid cooling Maybach-HL42 has an output 73,6 kW at 2800 rpm. With the GVW of 3.4 tons, specific engine power was 21.65 kW / t.

With the engine was interacted transmission, comprising a planetary gearbox Maybach Variorex VG 102 128H which has seven forward speeds and three back speeds. The transporter could reach maximum speed of 65 km/h along the highway. When driving on paved roads the fuel consumption was 40 liters per 100 kilometers and off-road up to 80 liters per 100 kilometers. Cruising range with a full tank was 275 km. Adler produced 5360 transporters of this model until 1944. 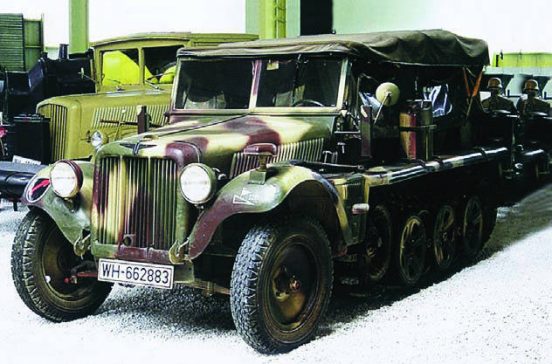 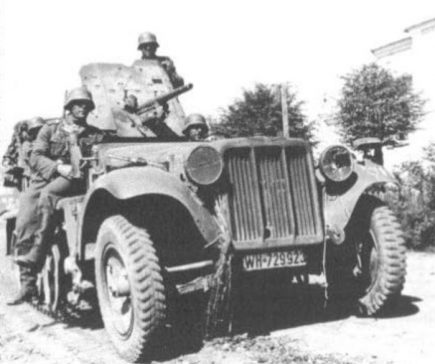