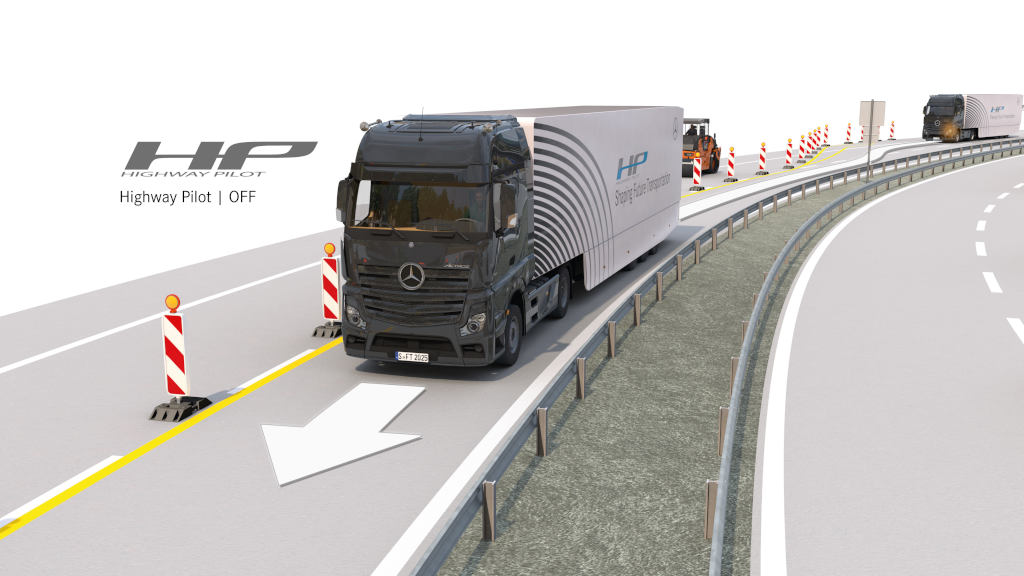 It happened October 2nd, on a segment of the A8 highway in Germany between Denkendorf and Stuttgart airport. With the aid of its Highway Pilot system, the truck carried the state of Baden-Württemberg’s Prime Minister Winfried Kretschmann and Dr Wolfgang Bernhard, Board Member of Daimler AG responsible for Trucks and Buses on its maiden autonomous journey on public highways.

However, the intelligent Highway Pilot system is not ready to replace a human driver just yet. Or maybe it is (on the highway, at least), but the laws certainly aren’t. As it stands, it’s simply a means of making life easier for truck driver while also improving safety for all those on the road. The Highway Pilot system consists of a series of sensors, safety and assistance features that allow the truck to continuously scan the road ahead and take control in certain situations. This way, the driver (Dr. Berhard, in this case) can take his hands off the wheel without the risk of an accident.

Basically, this is just a glorified adaptive cruise control system that is also able to steer the truck. Since trucks rarely overtake, all it has to do is keep the vehicle on the road and on its lane. The important thing is that Mercedes-Benz has been allowed to do this legally on public roads, which is a first in Europe. Not before long, we’ll be seeing the same thing applied to passenger cars as well. 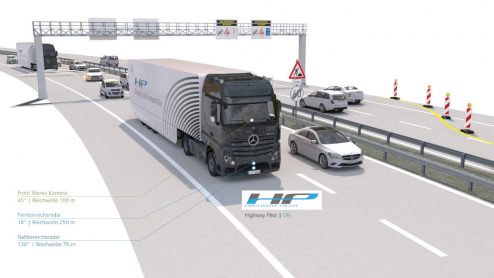 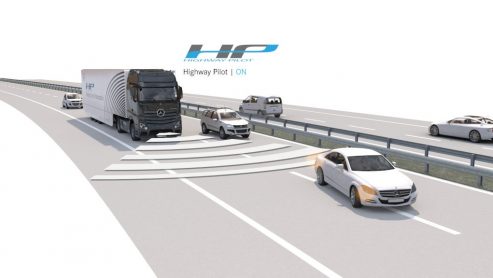 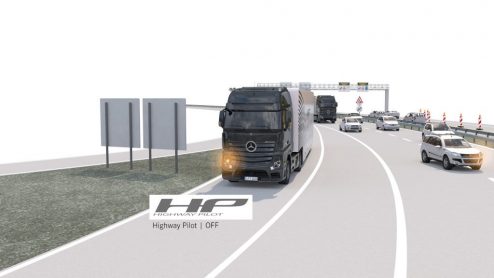 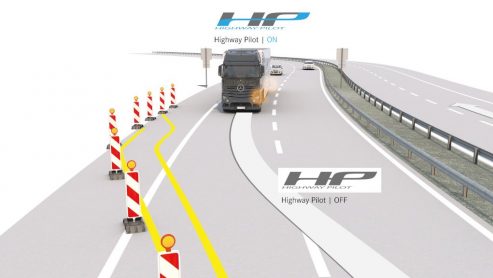 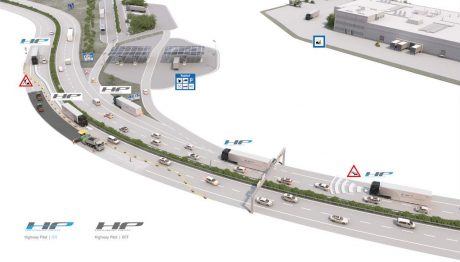 Isuzu introduces 2016 13,000-lb. GVWR NPR diesel
Made has completed a customized Super-Liner for Sultan of Johor