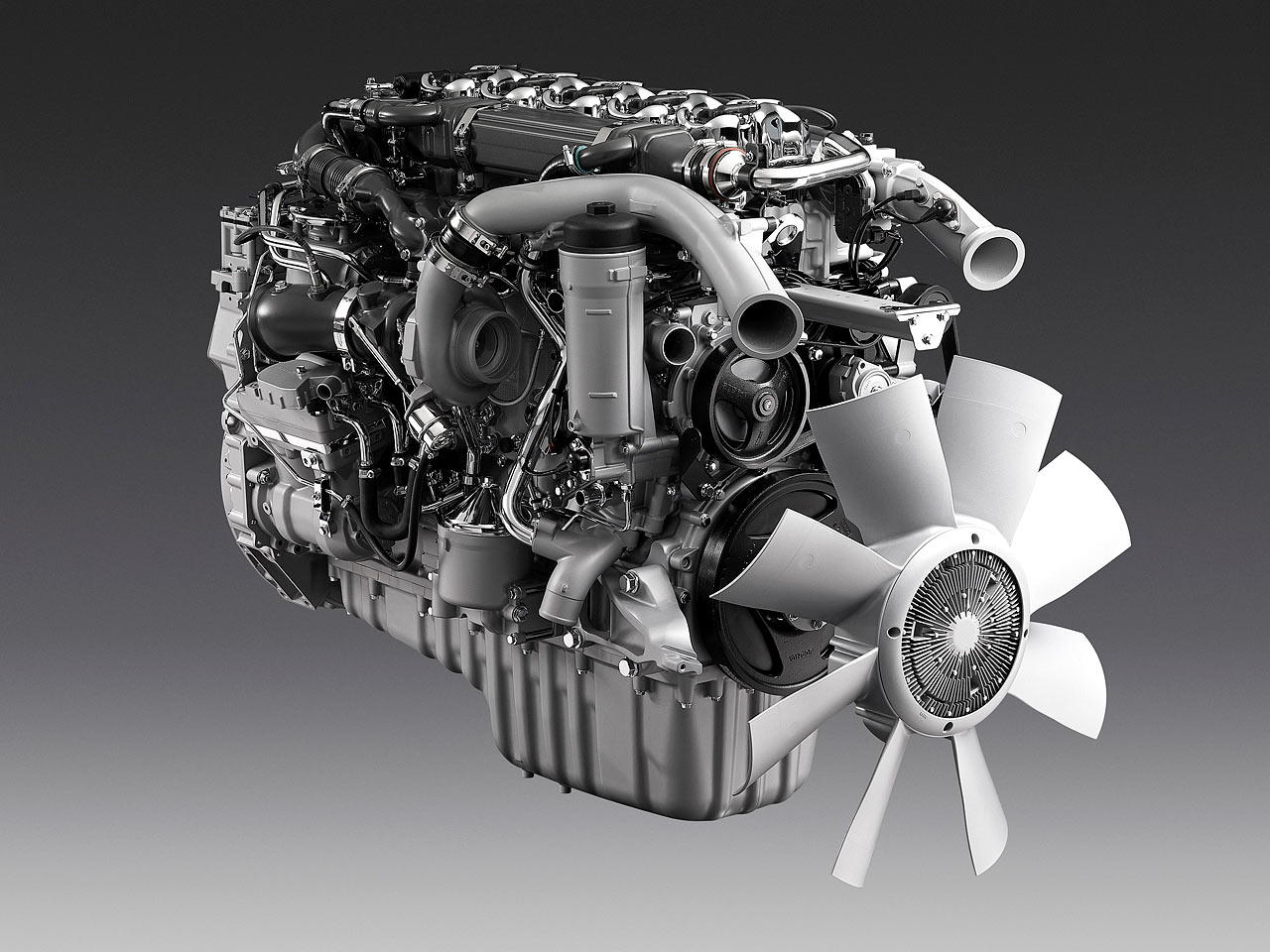 Scania is also introducing two Euro 6 gas engines featuring new technology. Other Euro 6 engines will be introduced closer to the date when the new standard goes into effect. The basis for all of Scania’s Euro 6 engines is the latest modularised 9-, 13- and 16-litre engine platform, providing benefits for customers in terms of easier servicing and parts supply.

SCR aftertreatment alone is used for two of the new 9 -litre diesel engines, the 320 and 360 hp, whereas the new 250 and 280 hp engines have a combined EGR and SCR system, similar to that used on the 13-litre 440 and 480 hp units. The same compact silencer unit is used for all inline engines, containing an oxicat, a particulate filter, twin SCR catalysts and twin urea slip catalysts. The entire package is just as compact as silencers for earlier emission standards, leaving space for up to 1,500 litres of fuel on a tractor unit. Scania is introducing two new 9-litre Euro 6 gas engines which deliver exceptional performance for trucks as well as buses. Maximum torque ratings are remarkably high for an Otto combustion engine, which facilitates new applications beyond urban operation.