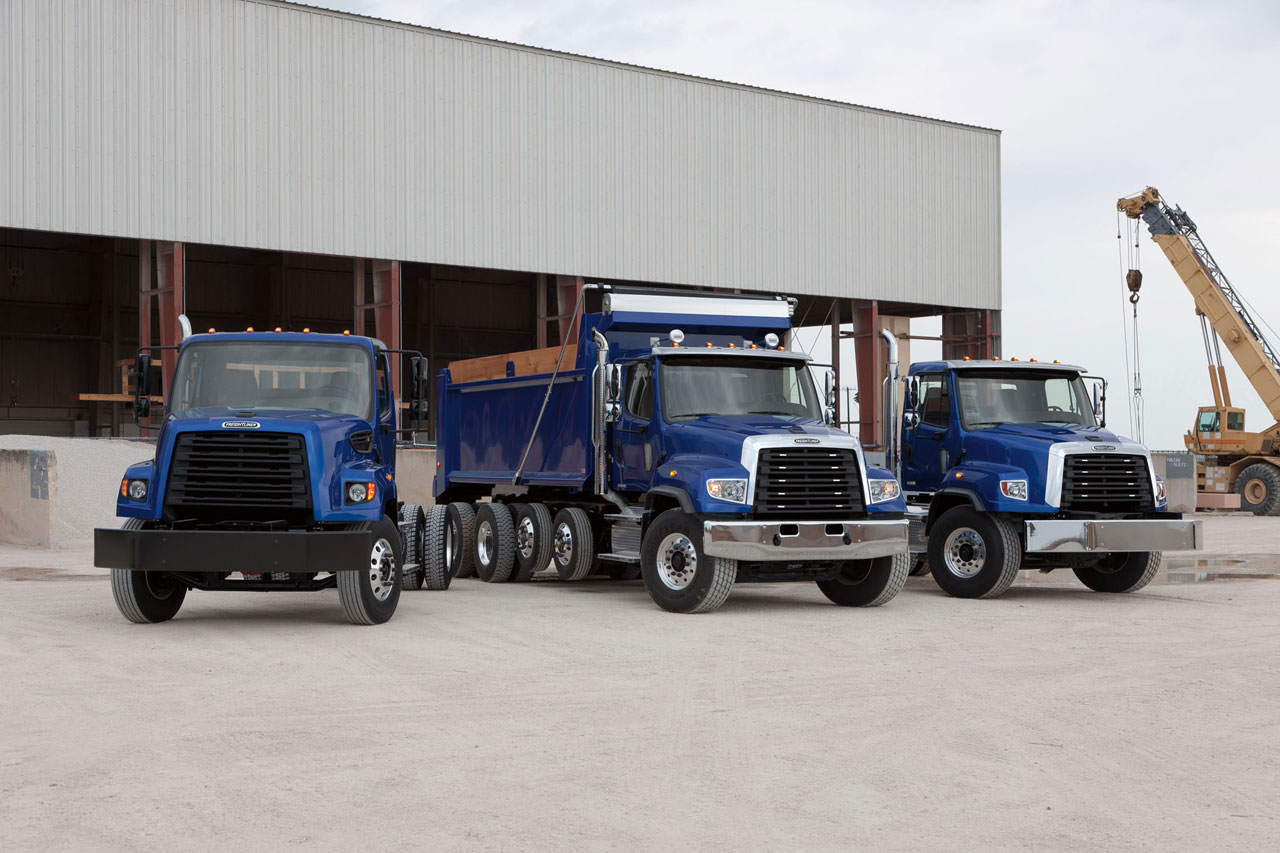 The larger 114SD is available now in either set-forward or set-back axle configurations with front axle ratings of up to 23,000 lbs and rear axle ratings of up to 69,000 lbs in tridem configurations. The 114SD comes with Detroit Diesel’s DD13 engine as standard, along with its BlueTec Selective Catalytic Reduction (SCR) exhaust aftertreatment system. Power ratings for the 114SD range from 260 to 380 hp and 660 to 1,300 lb.-ft. of torque. The SCR system and other components have been tucked up underneath the cab to provide a clear back of cab for easier body upfitting.

“We have packed as much equipment up underneath the cab as we can: the aftertreatment system, the fuel tanks, the DEF tanks and the batteries,” explained T.J. Reed, director of product marketing.

The new trucks boast a stationary grille, which allows the hood to be opened without being impeded by front-mounted equipment such as snow plows.

Both new vocational trucks have a lightweight aluminum cab. Dump, crane, roll-off and mixer applications are among those well suited for the new Freightliner vocational offerings. Also new to the family is a SmartPlex electrical system that allows for simplified chassis-to-body electrical integration for truck equipment manufacturers. The new 114SD SFA will begin production in the second quarter of 2011 while the 108SD and 114SD SBA to go on line by the end of 2011, Freightliner announced.