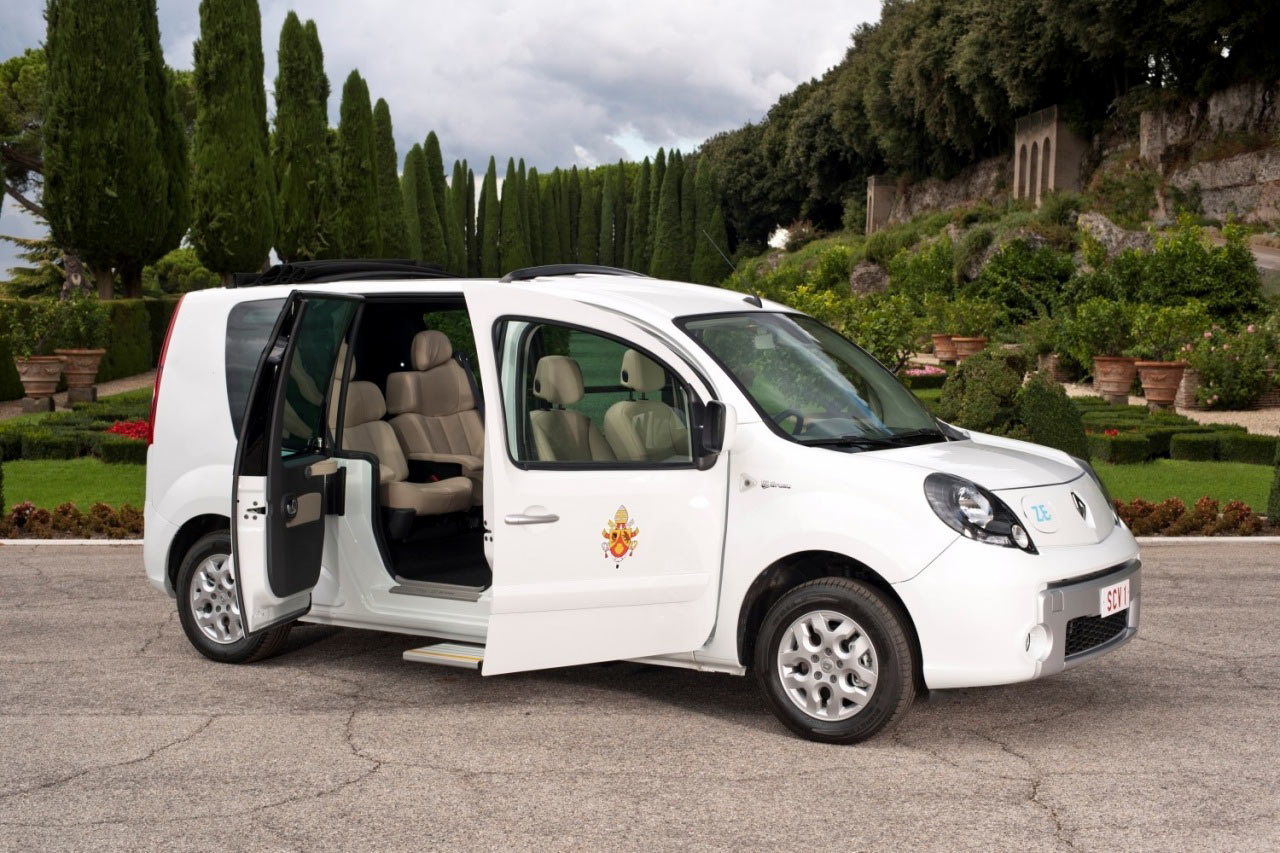 The vehicles were handed over on September 5, to His Holiness Benedict XVI by Renault’s Chairman and Chief Executive Officer Carlos Ghosn during a visit to the Pope’s summer residence in Castel Gandolfo. The first vehicle, for use when the Pope is travelling at his summer residence, is white with the Papal coat of arms depicted on the doors. It is an ecological, sustainable-development version of the Popemobile. Based on Kangoo Maxi Z.E., it measures 4.6 metres in length and 1.8 metres in width. It is powered by a 44kW (60hp) electric motor and a lithium-ion battery which ensures an average NEDC combined-cycle range of 170km.

The design of the other vehicle is very similar to that of the first, although its blue livery features a white and yellow stripe along each flank. It is for use by the Corps of Gendarmerie Corps of Vatican City for the Pope’s security. The two cars were converted in association with the French constructor-coachbuilder Gruau. These special, exclusive vehicles can seat up to four people and are fitted with two particularly comfortable separate seats at the rear. Other specific solutions include an opening roof, removable rear side windows, hinged rear side doors and electrically folding door steps to facilitate ingress. 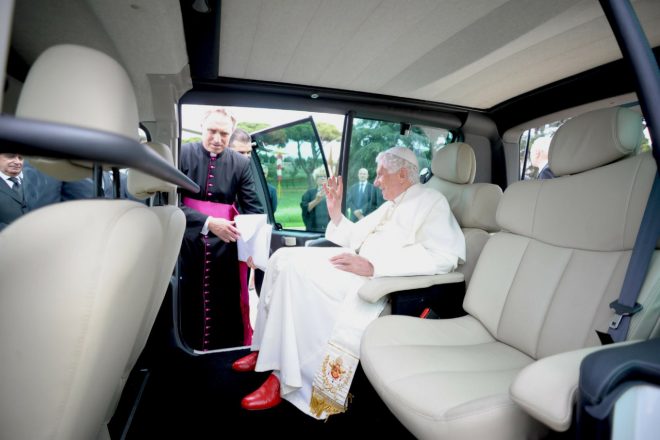 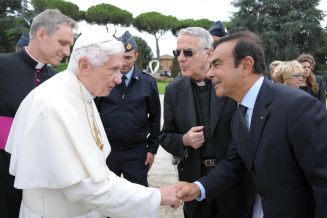 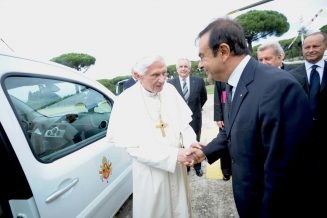