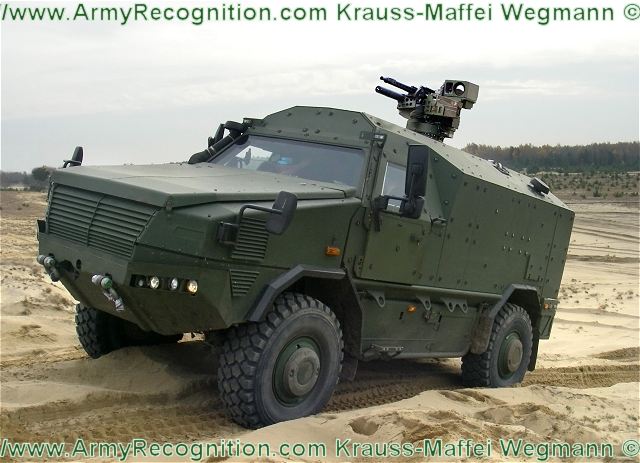 With already six nations (Germany, Belgium, the Czech Republic, Luxembourg, Norway and Austria) making use of the DINGO 2 in more than 15 versions, it has proven its worth in numerous international missions of the NATO, EU or United Nations.

The new HD-version (Heavy Duty) offers a much higher payload of up to 3 tons, whilst the external dimensions remain the same as all other DINGO 2 vehicles. The gross vehicle weight was increased to 14,5 tons. It is based on a Unimog vehicle chassis with a 225kW, 6-cylinder engine and a fully automatic transmission. Hereby a large number of new and mission-specific versions can be created, whilst maintaining the known international protection concept. The logistical concept of the DINGO 2 ties in perfectly with previously released DINGO versions.