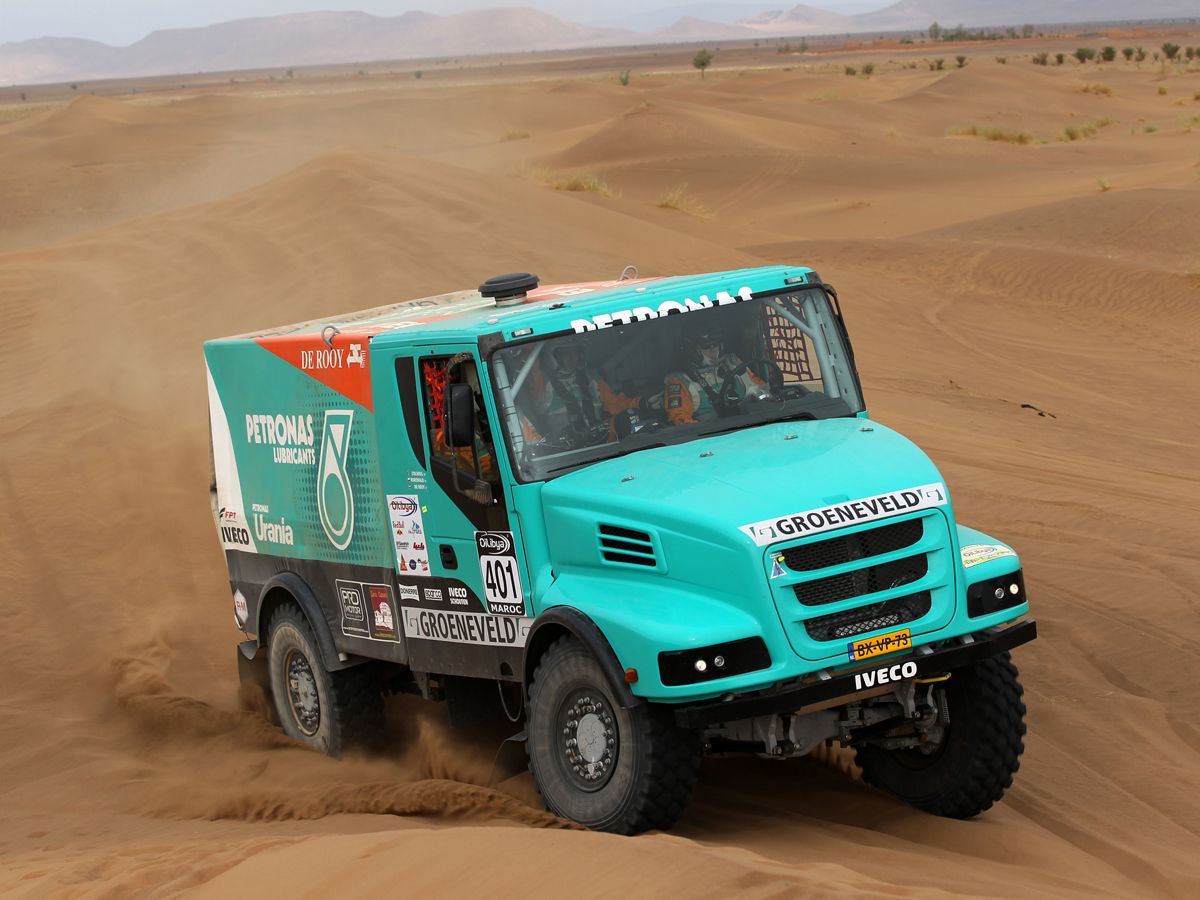 The route of the rally-marathon was more than 8,300 kilometers. In contrast to the loops of the previous year in Argentina and Chile, on the Atlantic coast was only a start and finish was in Peru. Special stage of the 6th stage was canceled because of snowfall in the Andes.

Again the struggle for victory in the motorcycle standings was between Marc Coma and Cyril Despres. A tight struggle continued until the penultimate stage, when Сoma lost фпфшт and was fined 45 minutes for motor change. The third place overall was taken by Portuguese Helder Rodrigues. After a complete domination in the past Dakar the Volkswagen left the competition. Stephen Peteransel on Mini was first in Cars standings, and his team-mate Nani Roma became second.

First time for the last years KAMAZes haven’t won this race. The new leader of the “Kamaz-Master” team, Eduard Nicholaev, which was only 7th in a middle of race, was withdrawn from the race at the 5th stage after the collision with the SUV. In the absence of the current winner Vladimir Chagin the leader was IVECO team: Gerard de Rooy has won the race, Hans Stacey came second. Close to them for a long time was their teammate Miki Biason, who get to the finish of the 7th stage with a delay of 6 hours. Another favorite Ales Loprays broke his spine when his mechanic had felt asleep at the leason of 5th stage. Third overall was Arthur Ardavichus on KAMAZ of Kazakhstan “Astana” team, “Kamaz-Master” for the first time since 2001, has remained without a podium.