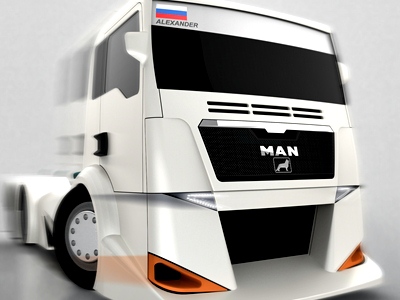 In the season of 2012 Frankie OXXO Truck Racing Team will use three new MAN trucks. Special attention to aerodynamics and brake cooling system was paid by engineers. In the European Truck Racing Championship this team will receive the support of MAN AG, which gives a specially prepared factory engines with capacity of 12.5 liters and power of 1150 hp. The drivers of these 5.5-ton trucks are Franks Voitishek from the Czech Republic, Hungarian Norbert Kiss and Alexander Lvov from Russia. Start of the European Championship will be held in May 12-13 at the Turkish track “Istanbul Park.”