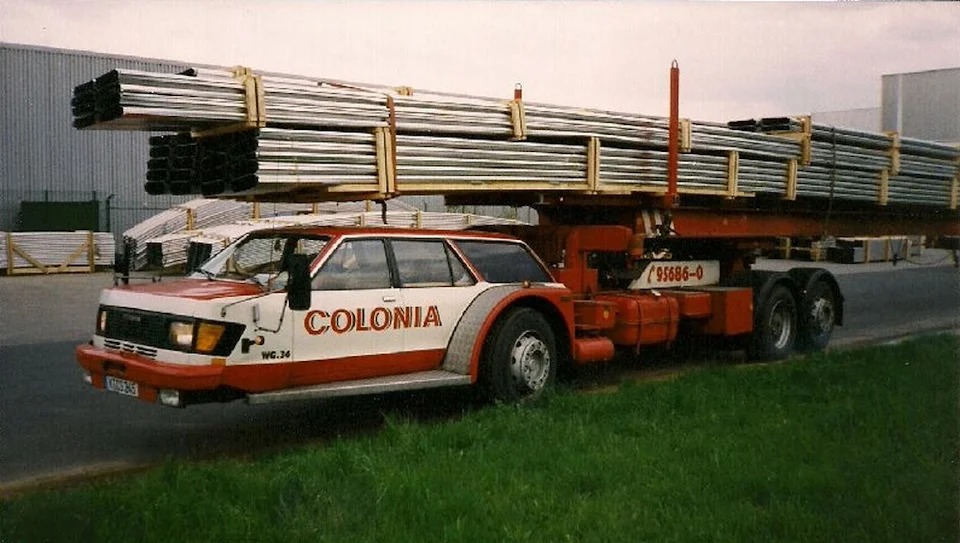 Colonia Schnibbel-Mobil was built by the construction company Colonia Spezialfahrzeuge GmbH to perform specific tasks. By that time the company already had a fleet of trucks to transport oversized cargo, but a special road train was needed to transport long loads.

The task was to create a truck for the transportation of aluminum decking up to 55 meters long, and its overall length should be minimal. Profiles were sent from the German city of Kobelenets (the factory was located there) to the customer in Holland. This road train also carried rails and other oversized cargo.

An old MAN F8 22.320U with a horizontally located engine under the frame was taking to create the Colonia Schnibbel-Mobil. The standard cabin was removed, and its place was taken … by a body from the 1981 Ford Granada Turnier station wagon. The headlights and grille were borrowed from the Mercedes-Benz T1. The front seats were replaced with more comfortable ones, and instead of the rear seats they organized a sleeping compartment.

Rumors said that the name of the truck is a nickname associated with the name of the permanent driver, who drove hundreds of thousands of kilometers on the truck. However, he himself spoke in a bad way about the truck: he complained about the uncomfortable sleeping compartment and pecks while driving.

When the mileage of the unusual truck amounted to 500 thousand kilometers, it underwent a major overhaul, replacing the engine and gearbox. Currently, the truck is suspended from operation and stored in one of the boxes of the Colonia’s repair shops, whose leaders decided to keep the unique vehicle for the future museum. 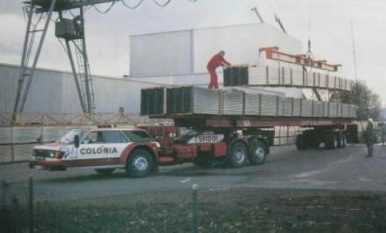 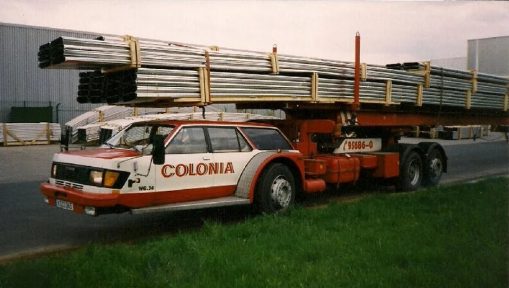 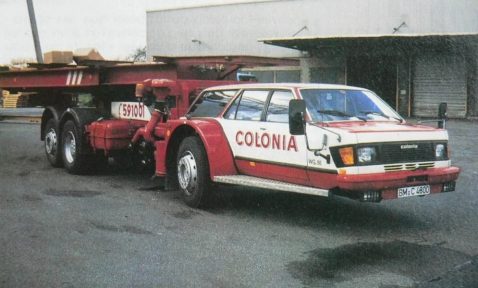 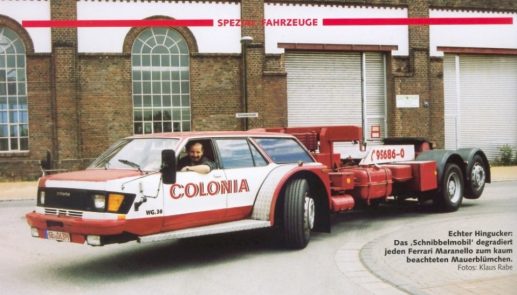 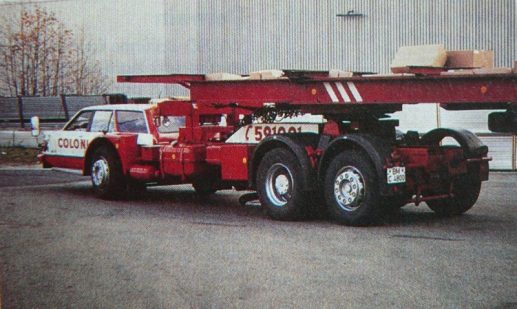 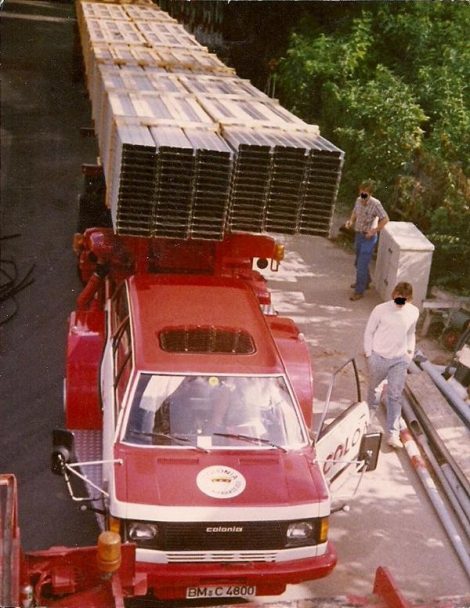 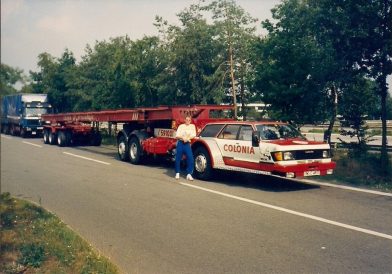 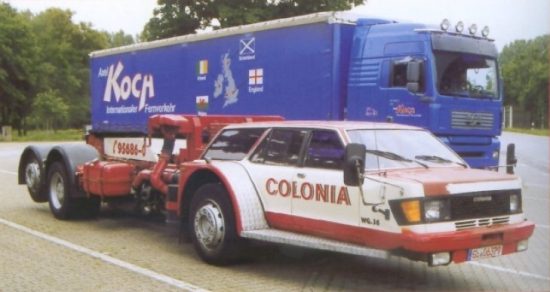 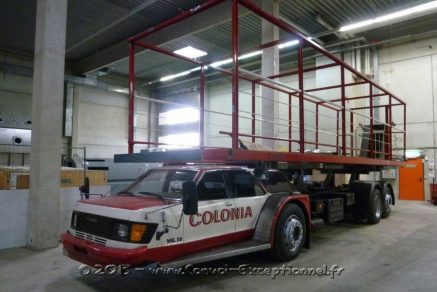 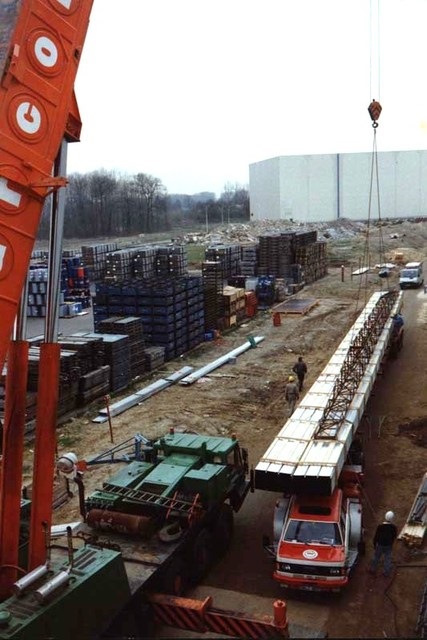 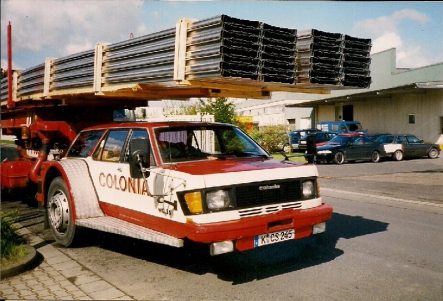 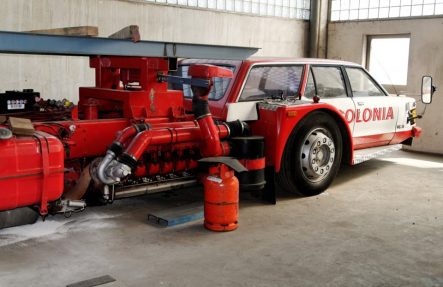 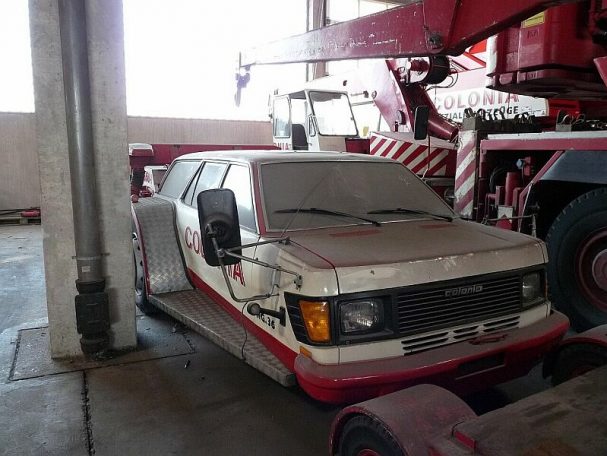 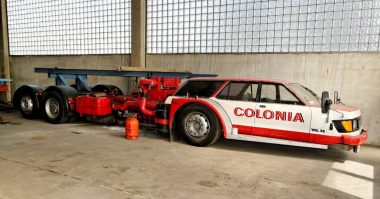 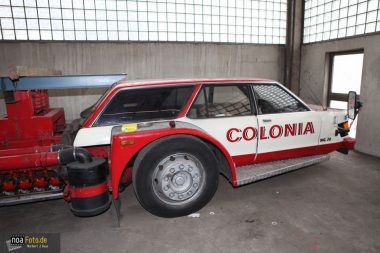