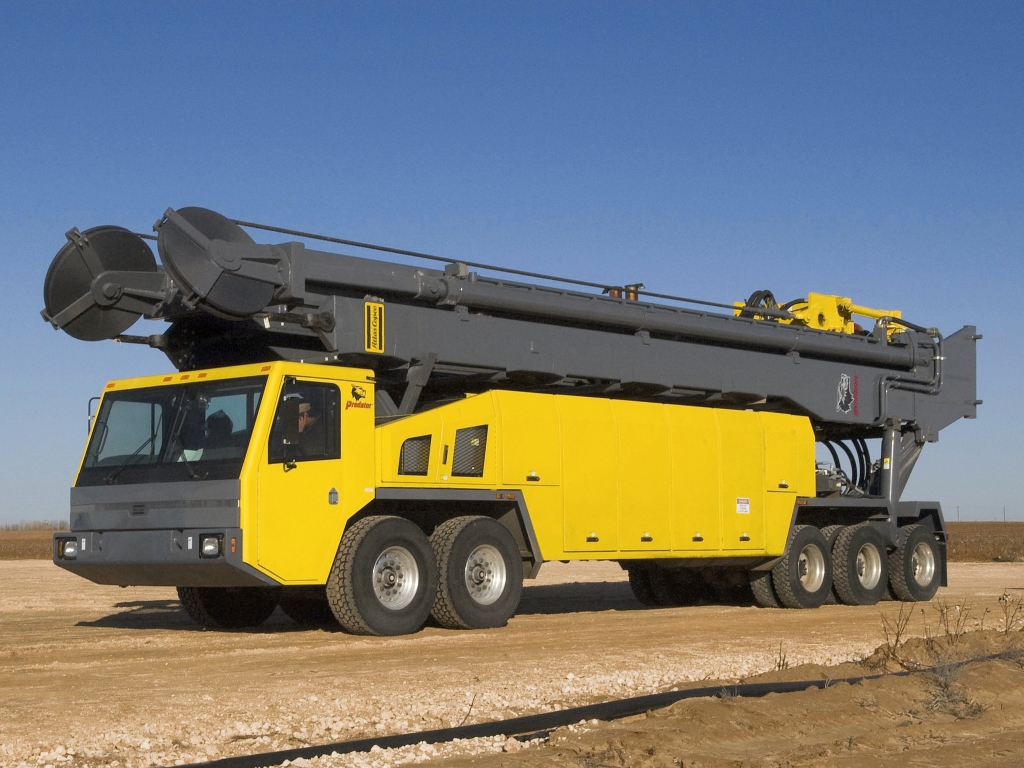 The Predator is a new generation drilling system for the oil and gas industry from Atlas Copco Drilling Solutions (ADS). This innovative drilling system includes three components: a mobile rig, a substructure and a pipe handling skate. The Predator Drilling System is designed to be exceptionally mobile and quick to rig up.

The Predator employs a substructure, giving it the look and feel of bigger units. The substructure is one of three distinct rig components, which include the carriermounted self-transportable drill rig, and the pipehandling skate system.

Rig up takes 45 minutes to an hour for the three main pieces and can be done in four to six hours when all ancillary systems, such as air or mud packages, pipe cassettes, toolhouses etc. are involved. The substructure functions not only as a sub-base for drilling operations, but contains options like piping for mud and air drilling packages, a water injection pump, and an integrated computer/PLC.

Atlas Copco’s engineering and marketing team took a non-traditional approach in their design process for the Predator Drilling System. Rather than focusing on the more obvious product features, the team chose to develop a new product with measurably greater value (financial return) than current drilling systems.

The carrier has a full-width, low-profile cab with all the amenities found in conventional trucks. The single 950 hp (708 kw) engine powers both the carrier and the drill, utilizing shared components rather than a second engine plus drive train. This design greatly reduces weight, as well as time and cost for maintenance.

In drive mode, the engine consumes less than half of its rated power and is capable of full torque at any time, regardless of speed. The hydraulic drive, coupled with a clutch and manual transmission, provide an exceptionally wide range of power and speeds.

The table, master bushing, hydraulic slips and iron roughneck are part of the substructure and travel with it. With four hydraulic blocking jacks, leveling is simple and fast. An electric-hydraulic power system deploys the drive on ramps and catwalks. The BOP stack can be transported with the substructure. A handling system sets up the BOP after the surface casing has been set. A hydraulic crane, with a telescoping boom, assists with rig up and utility lifting during drilling operations. 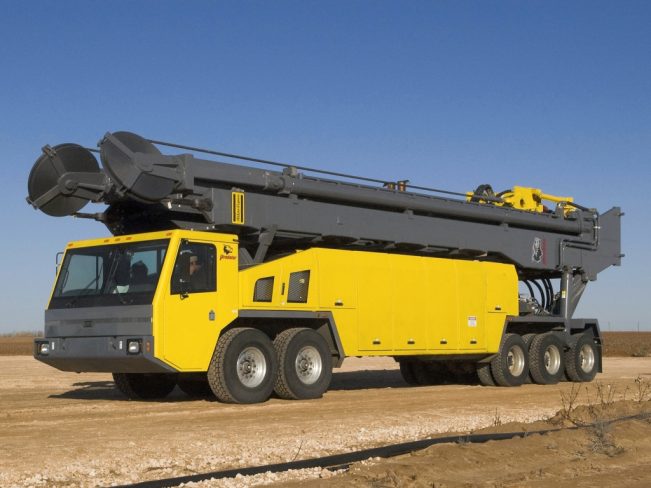 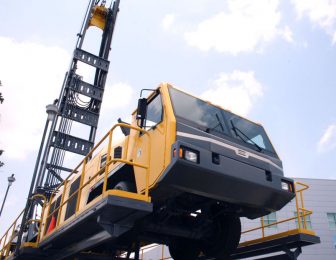 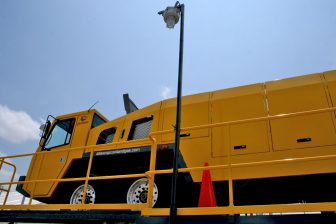 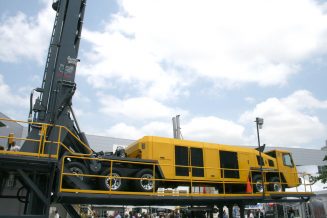 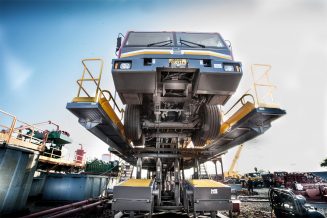 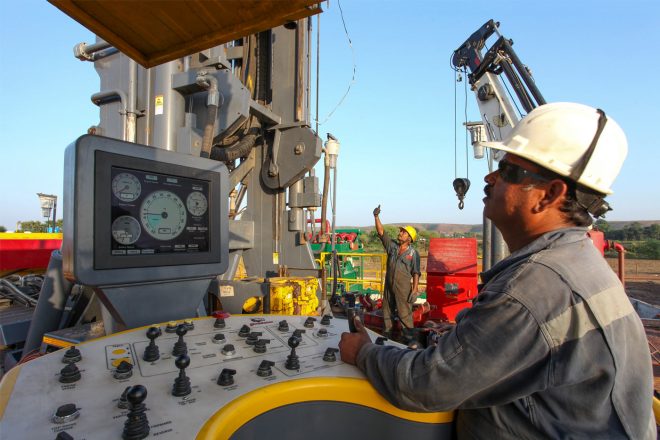 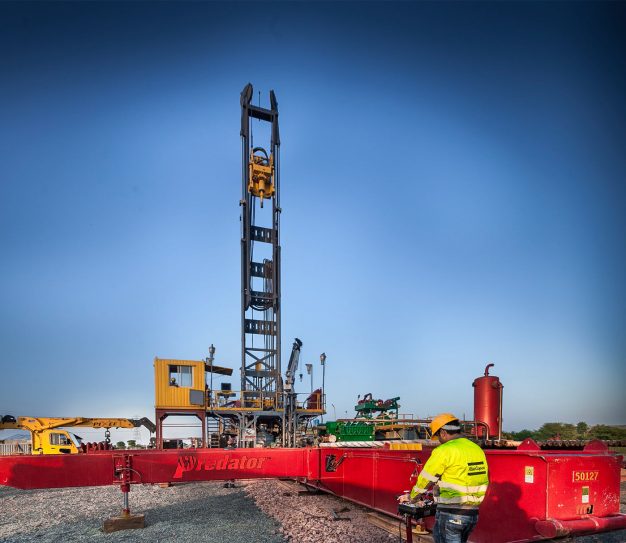 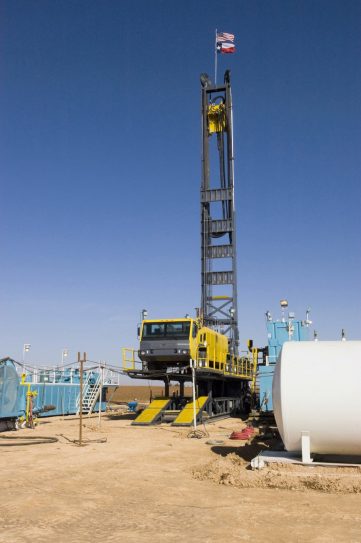 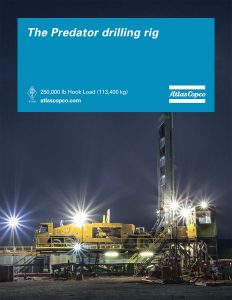