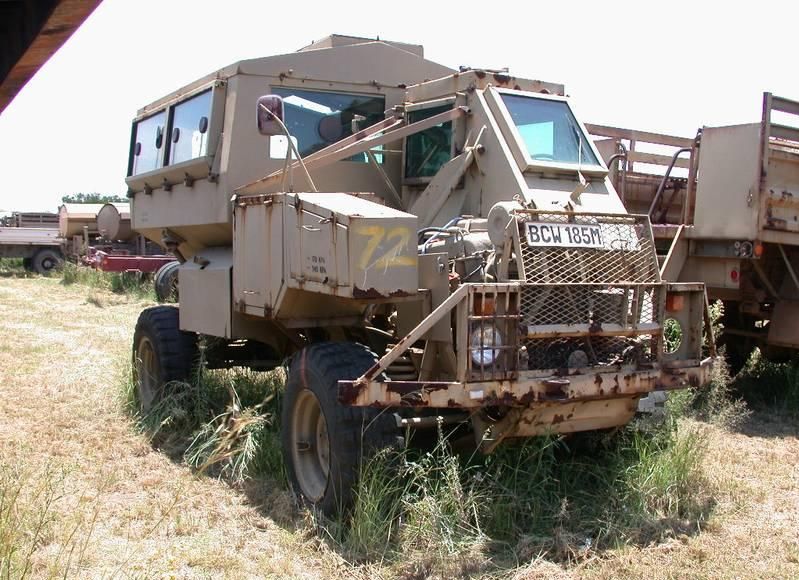 The Buffel 4×4 vehicle was developed in the 1970s under the leadership of ARMSCOR to meet the operational requirements for a mine protected Armoured Personnel Carrier (APC) for the South African Army, mainly infantry units. It is estimated that around 2,400 were built for the home and export markets before production was completed. These are still used in declining numbers by the South African Army.

The Mercedes-Benz diesel engine is located at the front of the vehicle with the driver seated above on the left side in a fully armour protected cab, that is provided with bulletproof windows to the front and sides. A spare wheel and tire is normally carried on the right side of the engine compartment.

The top of the driver’s compartment is open as this is where he enters and leaves the vehicle. The Buffel uses a German Mercedes-Benz UNIMOG Model 416/162 series 4 × 4 chassis that was originally developed for a wide range of civil and military roles. It should be noted that production of this chassis was completed many years ago. The all-welded steel armour hull has a V-shape to provide maximum possible protection against anti-tank mines.

The rear troop compartment has an open-top with the 10 infantrymen seated five down either side back to back facing outwards. Each seat is provided with a full seat belt harness and the seats have been specially designed to absorb as much as possible of the shock in the event of a mine detonation.

Standard equipment on the Buffel includes a 24 V, 7-pin trailer connection at the rear and a large fully enclosed stowage box mounted externally at the rear of the hull. A drinking water tank is also provided which is considered essential in the harsh environment in which the vehicle was designed to operate. 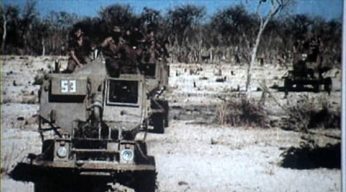 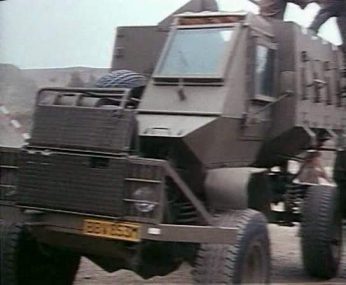 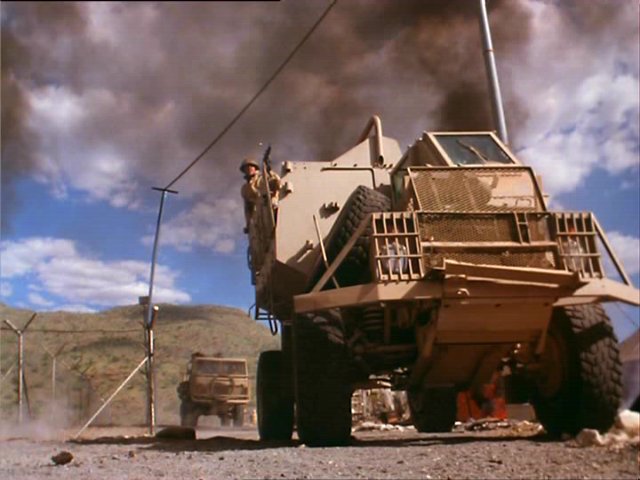 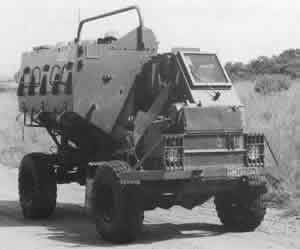 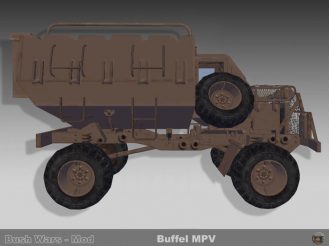 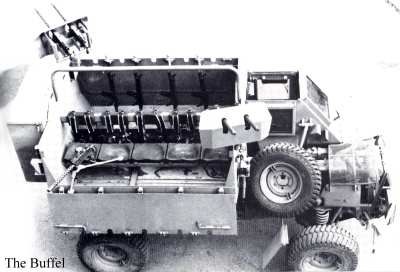 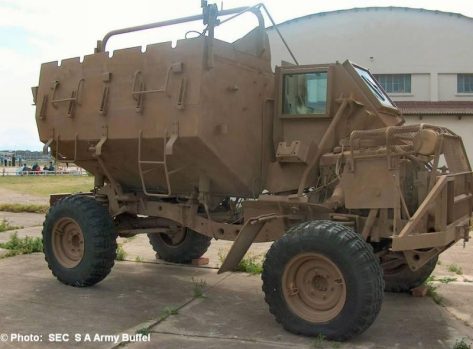 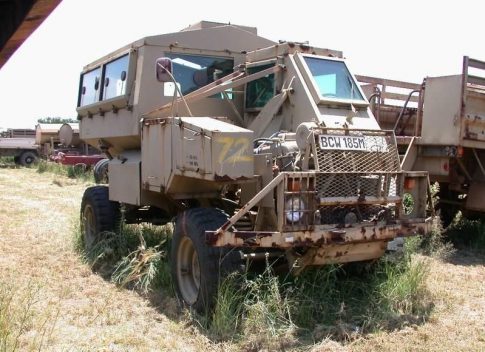 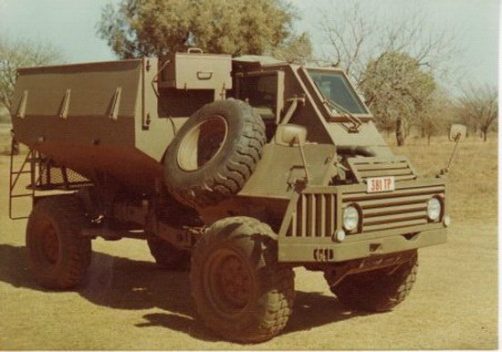 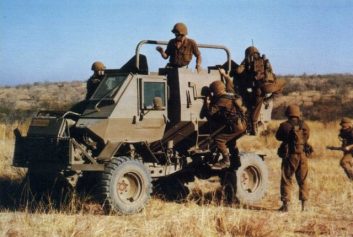 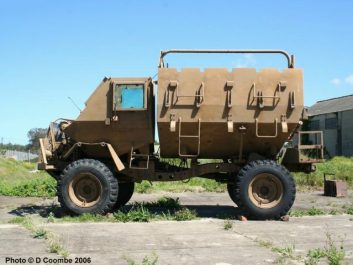 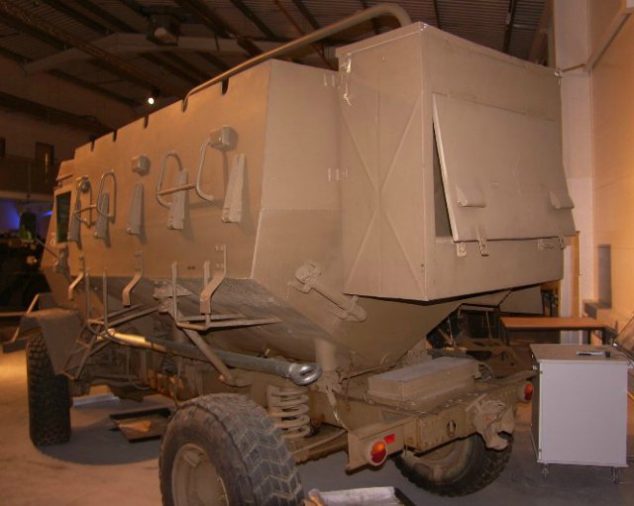 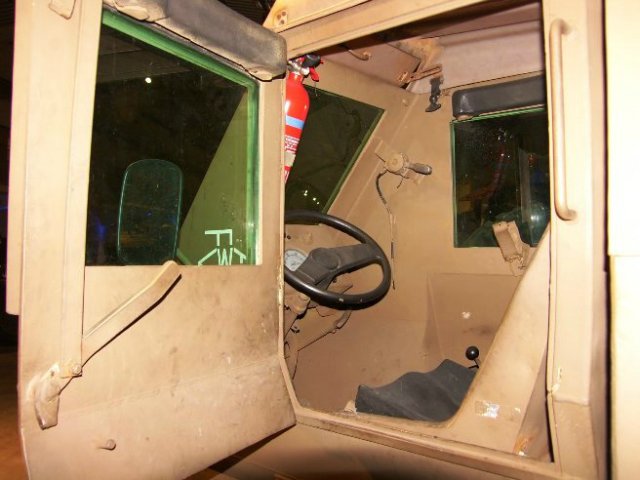 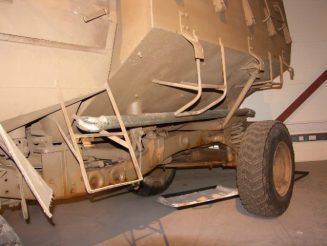 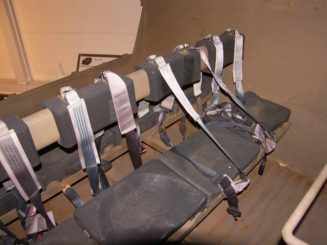 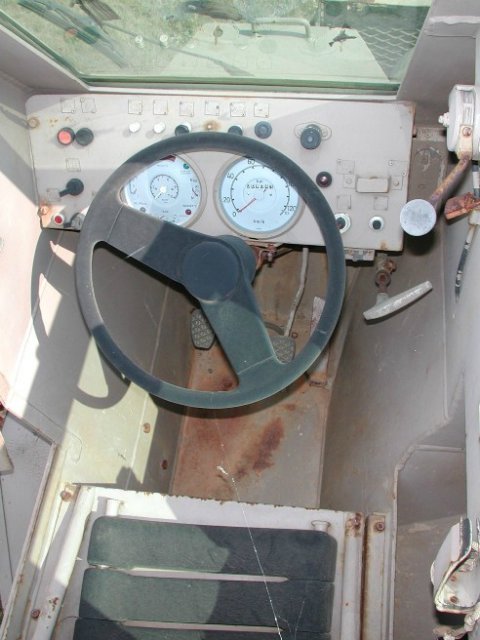 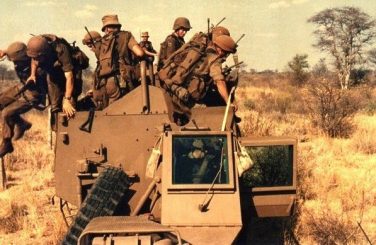 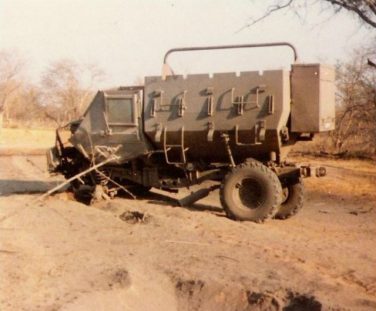 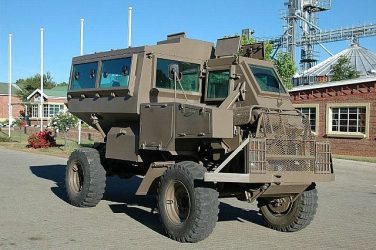 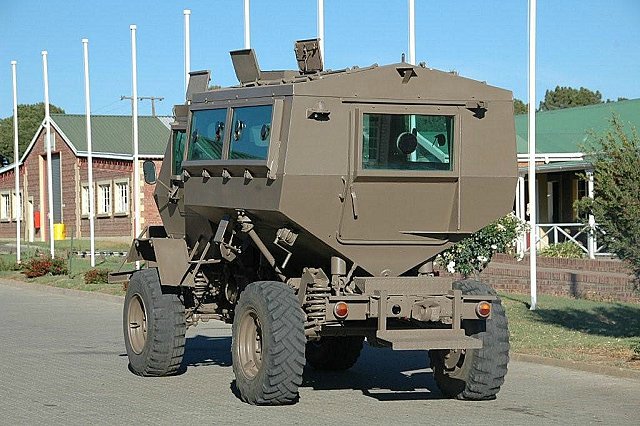