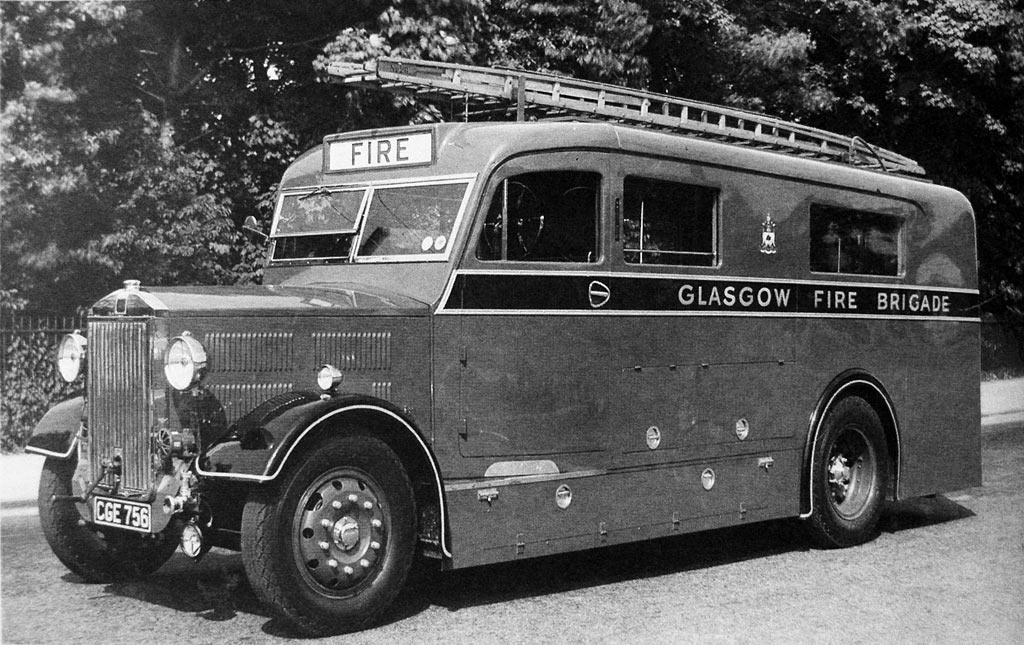 In the post 1937 model numbering system even numbers were bonnet types and the equivalent overtype chassis was generally the odd number which preceded it. Thus it is reasonable to assume that CX14 fire engine (one of them was delivered to Glasgow Corporation Fire Brigade) was a bonneted version of the ‘Valkyrie’ CX13 coach, and would have possessed a dropped frame and underslung worm rear axle. London Fire Brigade also took a similar machine, but that was a CX20, a bonneted version of the wide frame CX19 double deck chassis. Only one was built. An EN245 petrol engine of 9.1 liters capacity was fitted featuring dual ignition with twin sparking plugs. 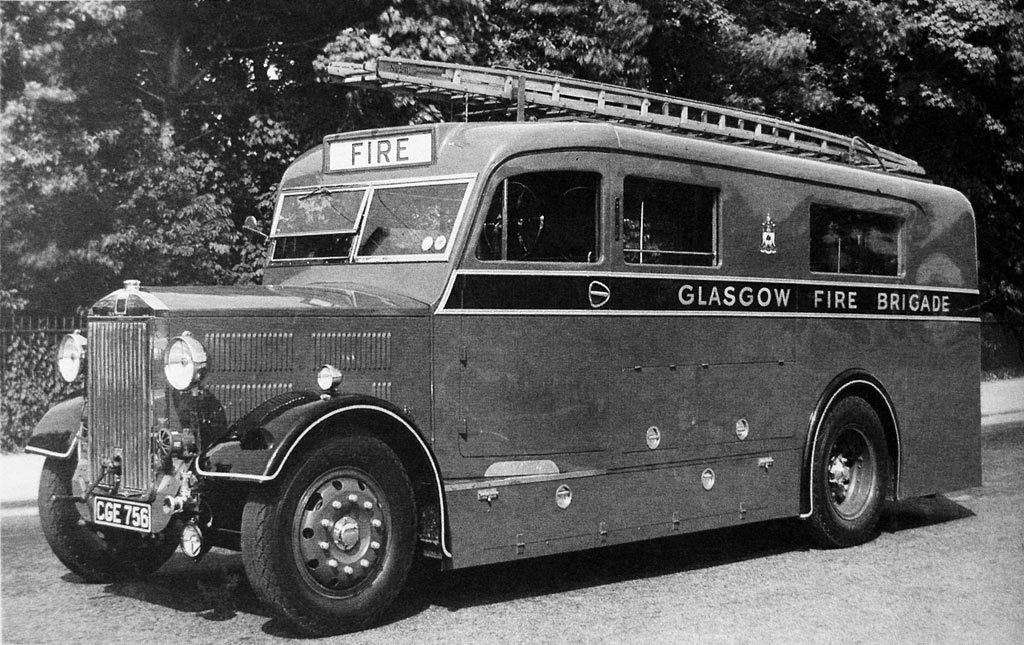 Albion CX14. From the Albion of Scotstoun book