Albee Rolligon
USA: 1951 - 1960
The Rolligon story began long ago, in 1935, in the unlikely locale of Cape Prince of Wales, Alaska, the western-most settlement in the North American continent, overlooking the Bering Strait and the Soviet Union. Here, among the Wales Eskimo colony, Bill Albee and his wife, Ruth, had come to live and work. On the day the Rolligon idea was born, Bill was returning with a group of Eskimo hunters from highly successful walrus hunt. Cut off from their village and usual landing place by an ice-floe, they were forced to beach their heavily loaded sealskin boat on a steep, rocky beach. The boat, filled with five tons of the Eskimos’ winter meat supply, was in danger of being cut on the sharp beach rock. However primitive ingenuity prevailed. On the spot, the stone-age hunters blew up several tightly-sewn sealskins, converting them into crude pneumatic rollers. On these pillow-like bags they were able to pull the heavy craft over the sharp rocks and steep gravel bank to safety.

The true significance of the Eskimo pneumatic rollers didn’t strike him until much later. Recalling the incident while writing a series of articles on Eskimos, after coming back from Alaska, Bill Albee realized the pneumatic roller principle had great practical value. Nowhere could he find reference to civilized man using such a device. Even so, the Rolligon idea didn’t fully germinate until after the Korean War, 1951. In a discussion with a high-ranking American Army officer, the incident of the Eskimo bags came up. The officer remarked that our Army, though regarded as highly mobile, was bogging down in rain gutted Korean roads and rice paddies. Could the Eskimo rollers be used to move heavy equipment across difficult terrain? After many consultations, it is ultimately the Goodyear Tire and Rubber Company, which agreed to manufacture them on plans designed by Albee. He then turns his garage into center of development and built the first prototype, a 1x3 with a ground pressure that can vary between 0.07 and 0.3 kg/cm2. The 'Albee Rolligon Company' is created in Monterey and its owner take patents on wide and low pressure tires and also the powered upper rollers for propulsion by friction. Later, a suspension is patented.

But Albee is experiencing financial problems and sold his company to John G. Holland in 1960 who moved the plant in Houston, Texas and is named Rolligon Corporation. Actually, the Albee Rolligon Co. is existing now and promoting the idea of low-pressure tires.
Read more 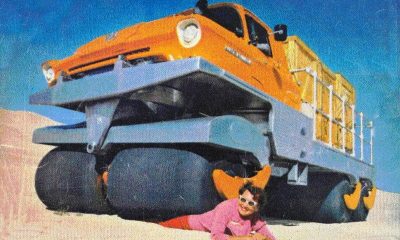 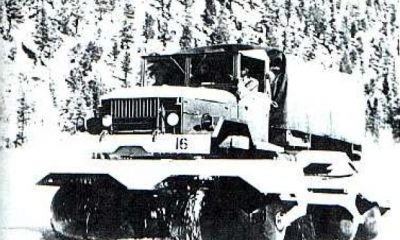 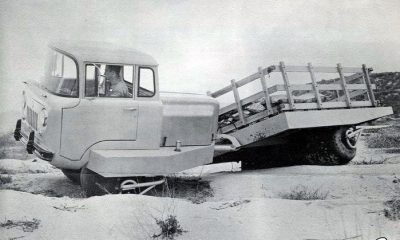 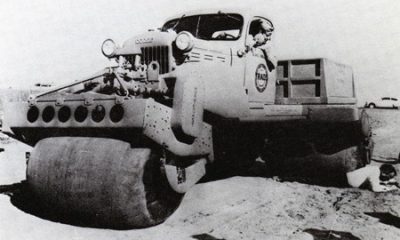 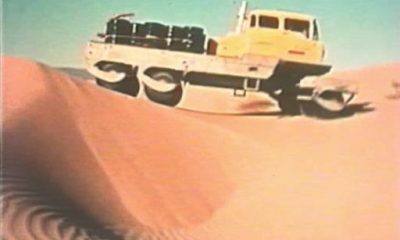