The Flxible Co. of Loundonville, Ohio, known for years as a builder of fine busses on different chassis, including Chevrolet’s chassis. Chevrolet itself contracted with the Flxible Co. to build a promotional vehicle that could be used as auto shows, fairs, etc. The result was this one or several built vans used a modified version of Flxible’s touring bus body.

The rear mudguards carry stylized skirts and the side window areas have been blanked out. The two-story top, of course, would retract into the body when traveling, creating a straight rood of normal line. These special vehicles used stretched Q Series chassis and standard Chevrolet running gear. 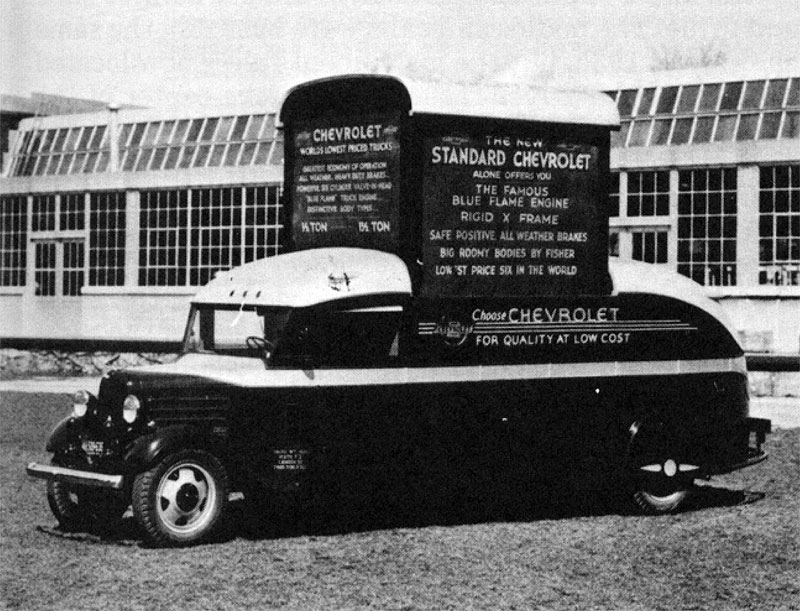