K.N.I.L. – Koninklijk Nederlandsch-Indisch Leger (that was not only supposed to defend the East Indies, but also Surinam in South America) intensively used light trucks, fitted with heavy AA machine guns to protect its troops, columns, airbases, etcetera against enemy planes.

Truck brands used were Ford, Ford/Marmon-Herrington, Chevrolet and Opel. The latter two brands were imported in the Dutch East Indies through the General Motors assembly plant at Tandjong Priok, the port of the capital Batavia, now Jakarta.

These light trucks had a wooden body with low dropsides with water cooled .50 Colt-Browning heavy AA machine guns. By January 1942 there was a total of 42 PLA-wagens (as these vehicles were called). 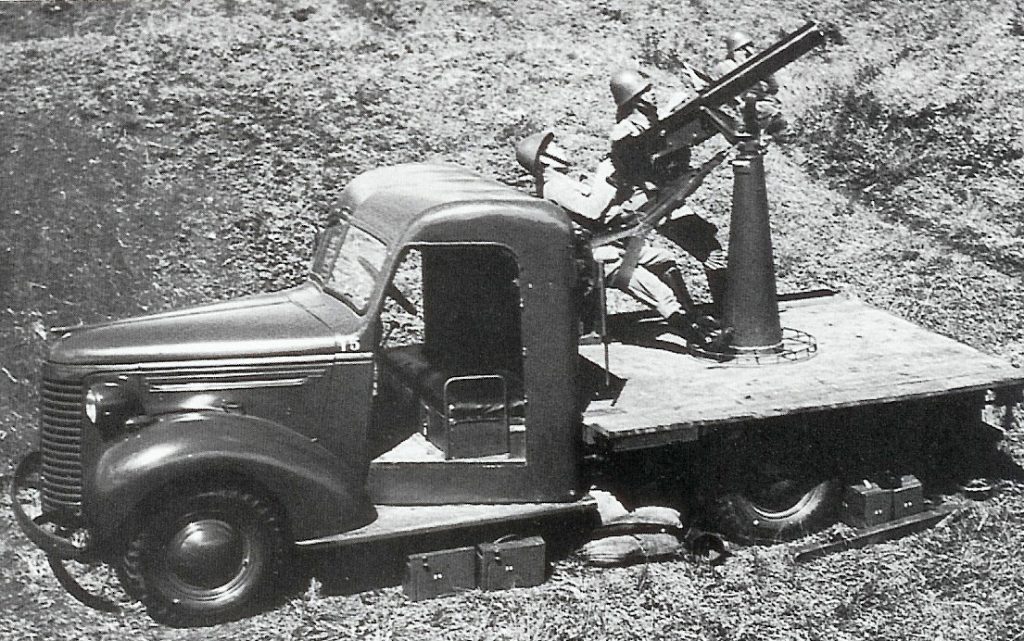