The bonneted Model 136 and overtype Model 137 were 6×4 cross country vehicles chassis supplied to South African Railways between 1935 and 1938. One of a fleet of 26 in service in 1938, some had bus bodies, and others combined passenger and goods bodies. There were four compartments, the foremost for the driver and guard, followed by five first and eight second class passenger compartments, and the rearmost was for goods and luggage, five tons of which could be carried. Another 5 tons could be carried on a trailer.

The EN85 six cylinder petrol engine was not fitted with a governor, thereby allowing extra revs in emergencies. To cope with the dusty conditions, a particularly large oil filled air cleaner was used. The bodies were build in the company’s own workshops and the complete vehicles measured 8 feet wide by 30 feet long. 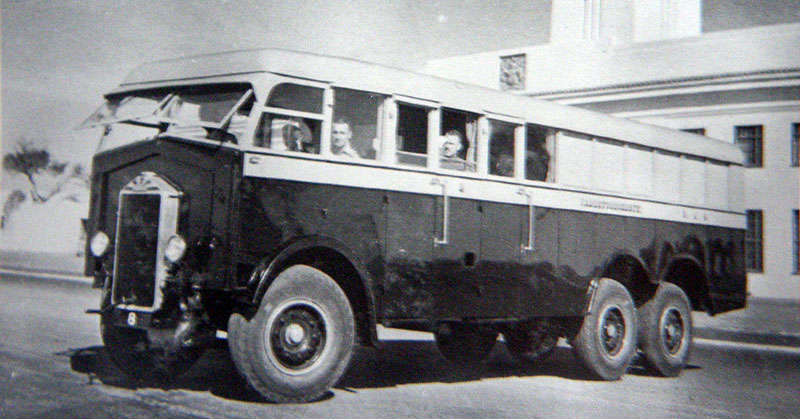 Albion Model 137. From the Albion of Scotstoun book